TORRE ANNUNZIATA, ITALY - 3 JANUARY 2020: Rosario, the youngest son of Antonio and Maria, is seen here preparing an antipasto behind the delicatessen counter at Doc Sicil Oplontis, a delicatessen and small restaurant in Torre Annunziata, Italy, on January 3rd 2020.

Doc Sicil Oplontis is next to the excavations of Oplontis archeological site, a World Heritage Site since 1997.

The idea of expanding the delicatessen into a small restaurant came about 20 years ago when John Clarke, an American archaeologist and Professor of Archeology at the University of Austin, Texas, came here to Oplontis for an Archaeological Excavation campaign.
Professor Clarke came here every day to make sandwiches for his students from the University of Austin. But at lunchtime there were also many students from the adjacent school and he could not speak to his own students during the break. So the Professor asked Antonio if he could set up a small room for him where he could have a quick lunch with his students and also take stock of the situation every day. 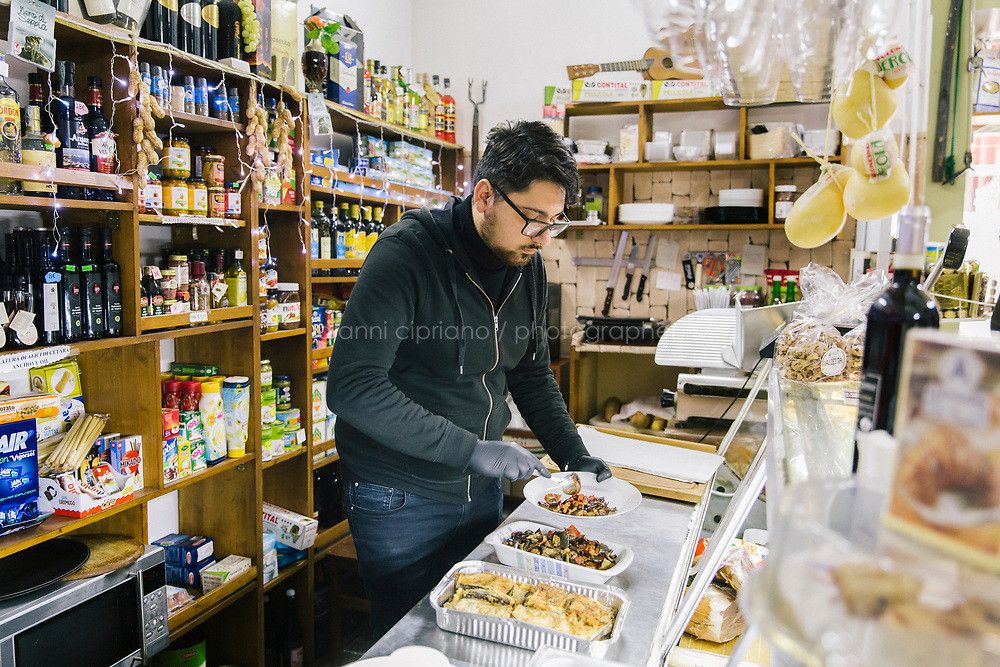