PALERMO, ITALY - 22 MARCH 2017: A marble slab, shown here in the church of San Nicola da Tolentino, documents the presents of a synagogue in the site where the church was later built, in Palermo, Italy, on March 22nd 2017. 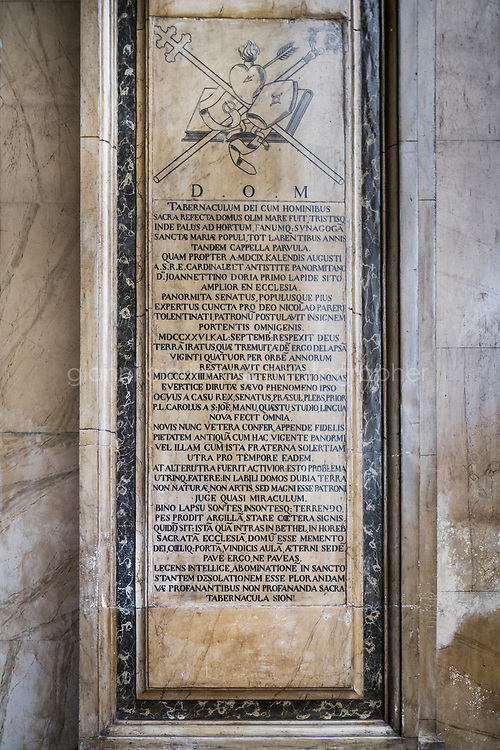