PALERMO, ITALY - 17 JANUARY 2019: Construction workers walk by and look at Ouattara Ibrahima Kobena
(34, from Ivory Coast), President of the Council of Cultures of the City of Palermo, as he is being interviewed by a journalist of the Italian TV news broadcast Sky TG24 in front of the registry office for foreigners of the municipality of Palermo, Italy, on January 17th 2019. The Council of Cultures sees its role as ultimately guaranteeing that new residents to the city are able to take their place in the political and institutional life of the city as full citizens regardless of their nationality or immigration status. 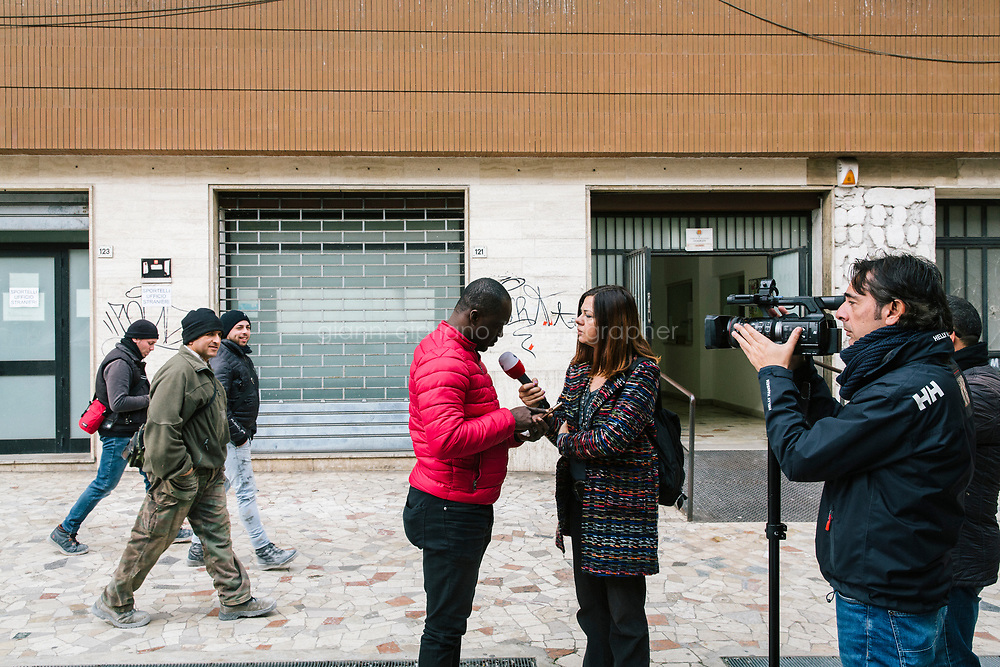