ROME, ITALY - 27 JUNE 2017: Spectators bring their own chairs to watch the premiere of "Don Giovanni OperaCamion", an open-air opera performed on a truck in San Basilio, a suburb in Rome, Italy, on June 27th 2017. 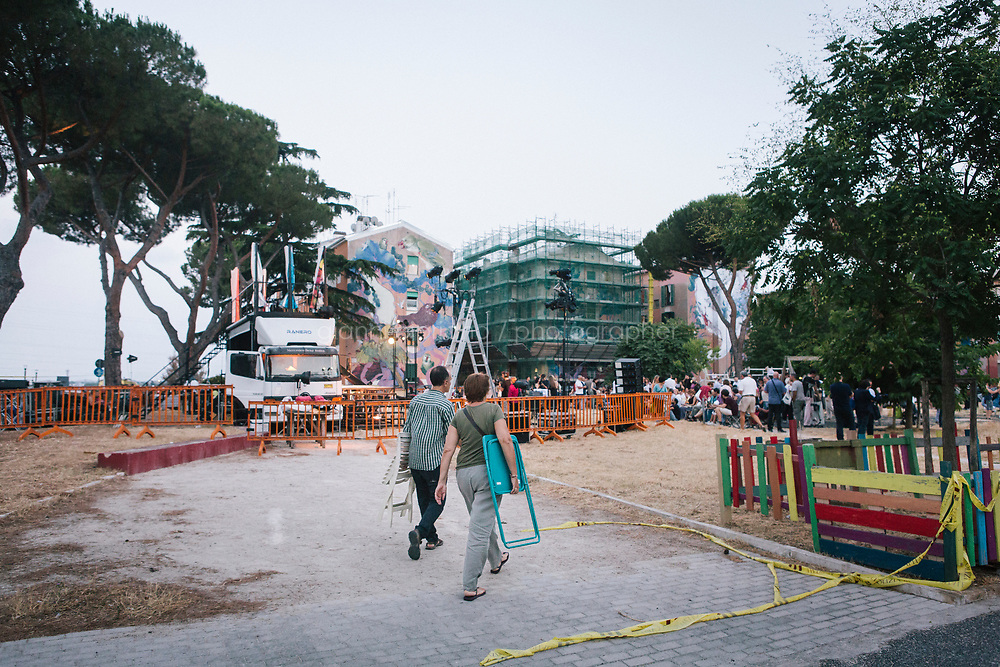