PALERMO, ITALY - 17 JANUARY 2019: A migrant seeking registration for residence waits at registry office for foreigners of the municipality of Palermo, Italy, on January 17th 2019.

The registry office of the municipality of Palermo is collecting the requests of migrants seeking registration for residence and is waiting to see if they will be accepted on the basis of the indications of the mayor Leoluca Orlando who suspended the security decree by Interior Minister Matteo Salvini. 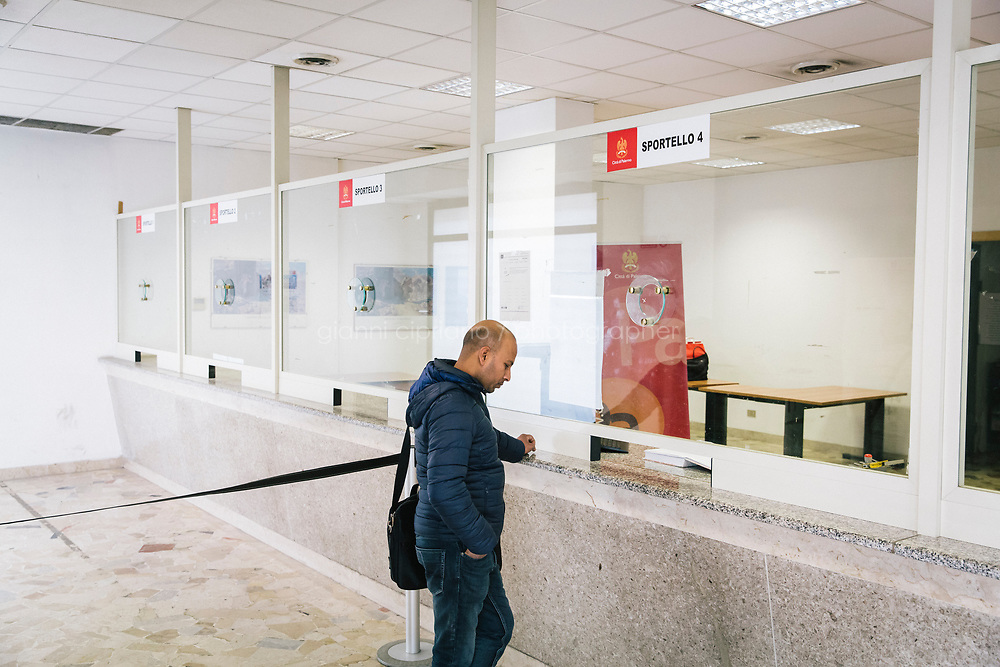