ROME, ITALY - 3 JULY 2016: Gipsy Queens members Darmaz Florentina (33, right) and Aninfa Hokic (31, 2nd from left) chat during a break together with Darmaz's daughter Grazia (12, center) and two volunteers Francesca (left) and her mother Maria (2nd from right), before heading to their food stand at the iFest, an alternative music festival, in the Astra 19 social center in Rome, Italy, on July 3rd 2016.

The Gipsy Queens are a travelling catering business founded by Roma women in Rome.

In 2015 Arci Solidarietà, an independent association for the promotion of social development, launched the “Tavolo delle donne rom” (Round table of Roma women) to both incentivise the process of integration of Roma in the city of Rome and to strengthen the Roma women’s self-esteem in the context of a culture tied to patriarchal models. The “Gipsy Queens” project was founded by ten Roma women in July 2015 after an event organised together with Arci Solidarietà in the Candoni Roma camp in the Magliana, a neighbourhood in the South-West periphery of Rome, during which people were invited to dance and eat Roma cuisine. The goal of the Gipsy Queen travelling catering business is to support equal opportunities and female entrepreneurship among Roma women, who are often relegated to the roles of wives and mothers. 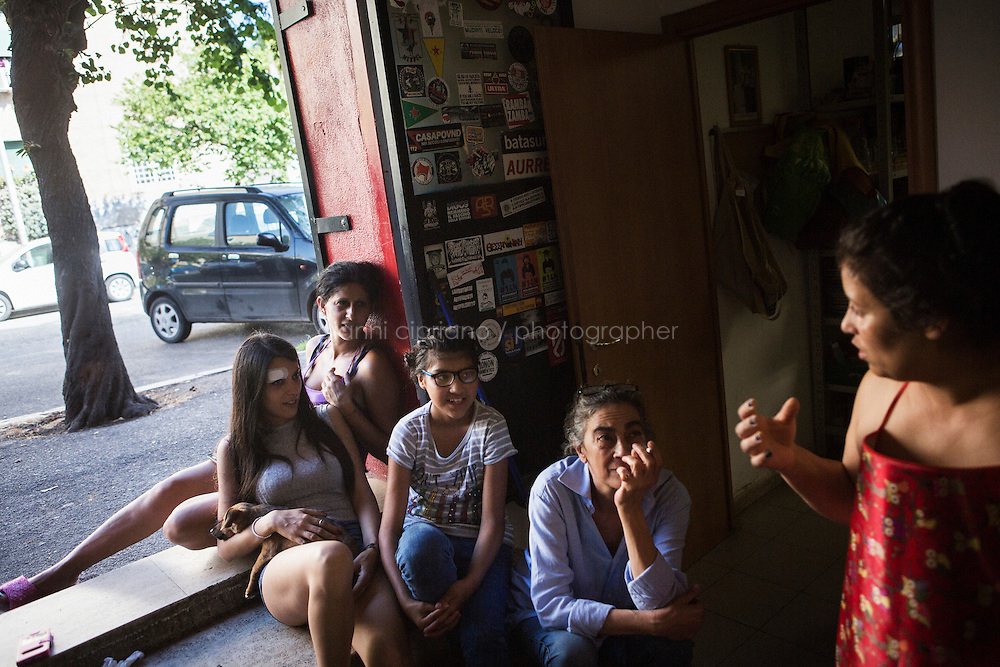