MATERA, ITALY - 5 OCTOBER 2019: (L-R) Director Milo Rau (42), Marcello Fonte (41, in the role of Pontius Pilate) and Yvan Sagnet (34), a political activist and former exploited tomato farmer in the role of Jesus Christ, are seen here in the backstage of "The New Gospel", in Matera, Italy, on October 5th 2019. 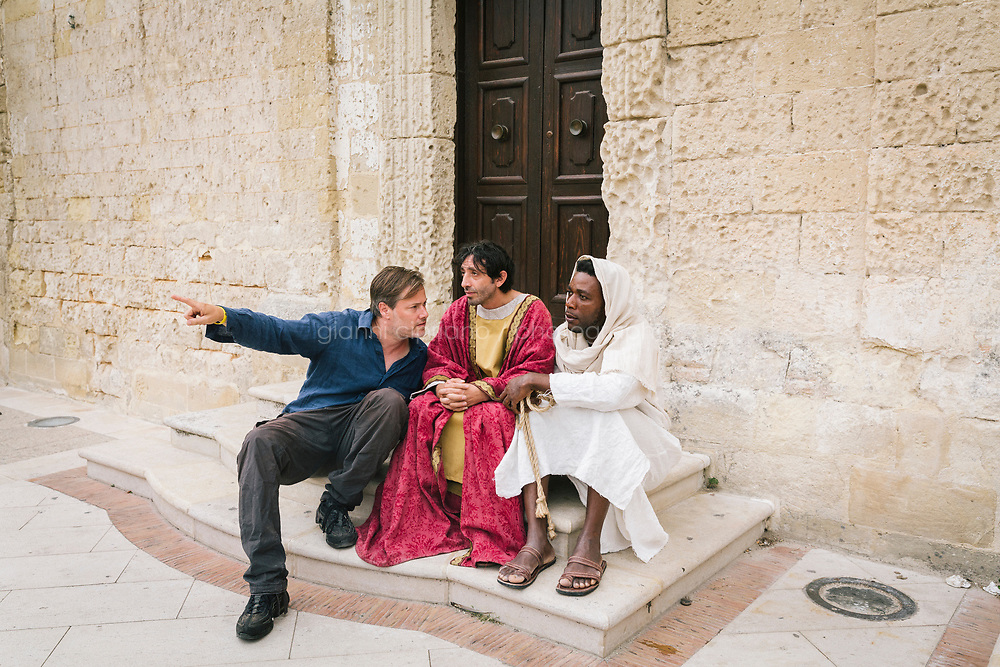