3 February, 2009. Astoria, Queens, NY. A detail of the foot rest of Marcos Silva de Paulaàs shoe shine box. Silva de Marco Silva de Paula, 39, is here at the Silverstar Mercedes Showroom in Astoria where he works as a show shiner for some employees in the morning. He also shines shoes in office buildings around Astoria. Mr. de Paula, an immigrant that came to Astoria from Brazil in 1998, had several jobs for the past 11 years and as a shoe shine for the past 2 years. Mr. de Paula plans to go back to Brazil in November because of the bad economy. "I've been here for 11 years and I'm a bit afraid of going back, but things here are not as good as they used to be", Mr. de Paula says. 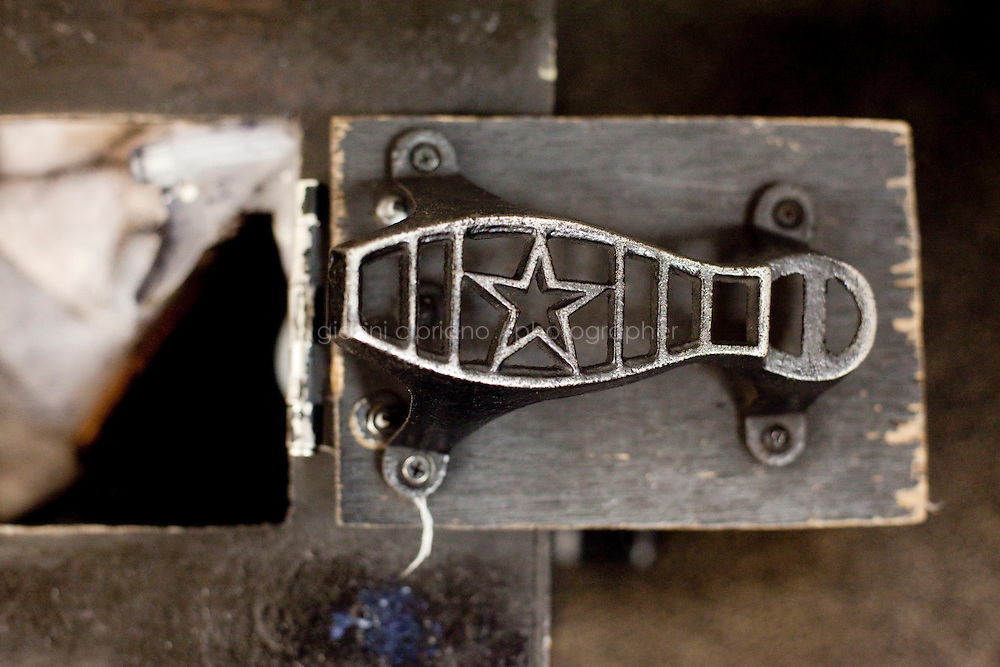