MATERA, ITALY -6 OCTOBER 2019: (L-R) Vito Castoro (37, farmer), Yussif Bamba (founder of the NGO AIIMS) and Papa Latyr Faye (aka Hervé, President of the NGO “Ghetto Out Casa Sankara”), respectively performing the roles of Jesus Christ's Apostles Bartholomew, Matthew and Peter, pose for a portrait during the production of "The New Gospel", a film by Swiss theatre director Milo Rau, in Matera, Italy, on October 6th 2019.

Parallel to the film, the humanistic message of the New Testament was transformed into the present: at the beginning of September, the campaign “Rivolta della Dignità” (Revolt of Dignity), which demanded fair working and living conditions for refugees, global freedom of travel and civil rights for all, started with a march from the southern Italian refugee camps. “It’s about putting Jesus on his feet,” director Milo Rau said. Led by Jesus actor Yvan Sagnet, the campaign fights for the rights of migrants who came to Europe via the Mediterranean to be enslaved by the Mafia in the tomato fields of southern Italy and to live in ghettos under inhumane conditions. The campaign and the film thus create a “New Gospel” for the 21st century, a manifesto of solidarity with the poorest, a revolt for a more just and huma 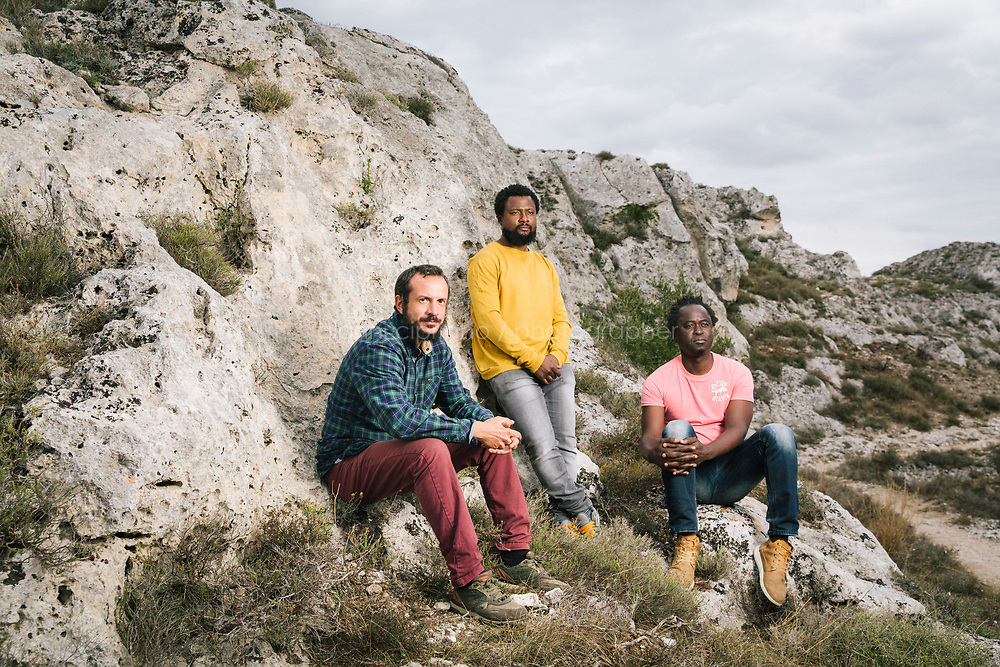