LENTINI, ITALY - 14 NOVEMBER 2020: A glass display cabinet with souvenirs from Switzerland and other countries visited by Giuseppina Grasso (73), an Italian immigrant in Switzerland who returned to her hometown after she retired, is seen here in here home in Lentini, Sicily, Italy, on November 14th 2020.

In 1964, at the age of 17 years old, Giuseppina Grasso emigrated to Zurich where she joined her two older sisters. She worked in a typography and then in an insurance company for 20 years until her retirement in 2010. Returned in 2011 to her hometown of Lentini to live in the house she built with her sisters.

Italians first immigrated to Switzerland on a large scale between 1950 and 1970, mainly working the construction, engineering and catering industries.

They now number approximately 320,000 - the largest foreign community in Switzerland, according to official statistics for 2019. 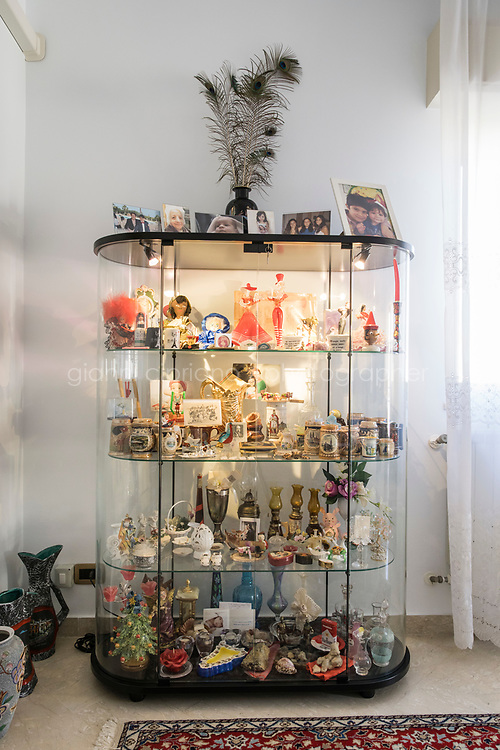