NAPLES, ITALY - 22 JULY 2019: Maria Cinque, a resident of Montesanto - a working class neighborhood of Naples - opens the door of the "Sgarrupato", an abandoned church seized by the "Movimento 7 Novembre" community organization where she volunteers and where unemployed workers gather, in Naples, Italy, on July 22nd 2019. 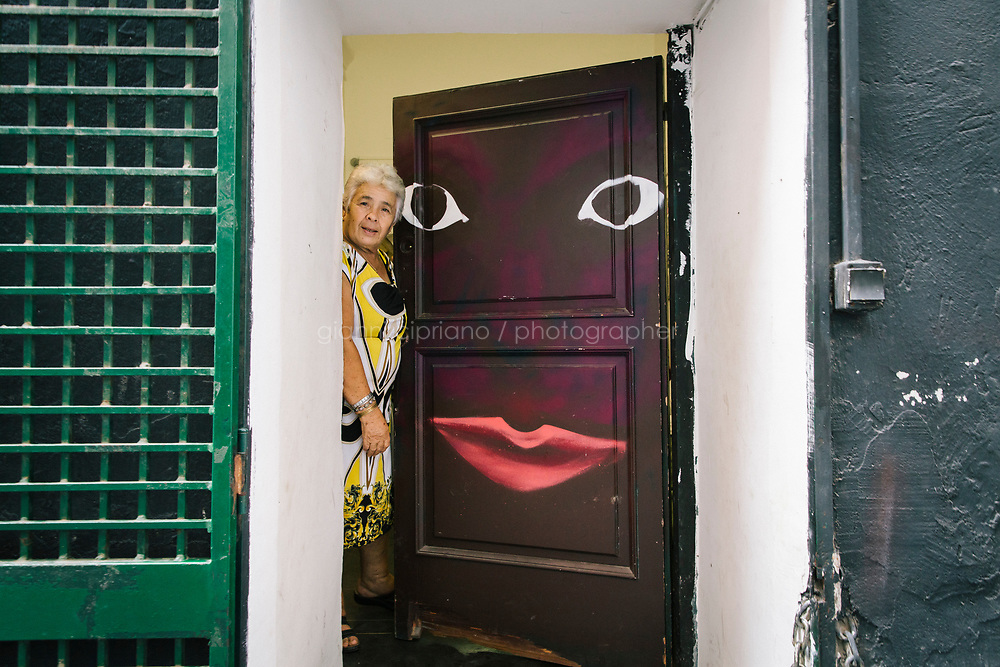