PEMBROKE, MALTA - 28 AUGUST 2016: (L-R) Graffitis by street artist "Twitch" (James Grimaud), depicting the Monopoly man riding a cart driven by four oxen, and by street artist "Clap", depicting a woman holding the world in her hands, are seen here on the the walls of an abandoned building of the White Rocks Complex in Pembroke, Malta, on August 28th 2016.

The White Rocks area was originally developed as quarters for the British services. When the British left, the area was turned into a tourist complex but it eventually closed down and fell into ruins.

While many cities across the world denounce the defacing of a public property, on the Mediterranean island of Malta it is encouraged. 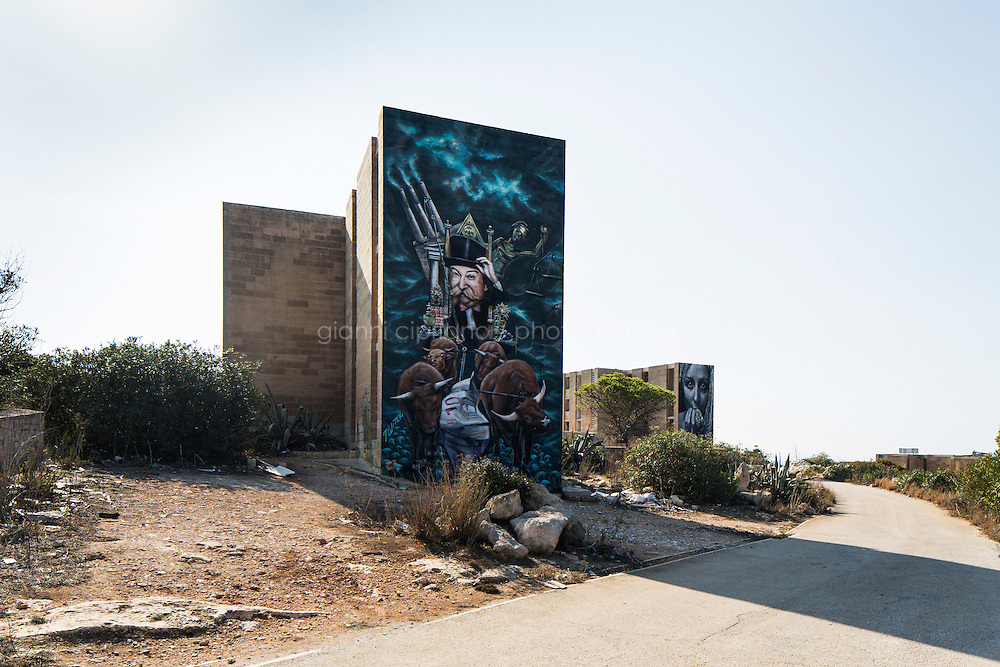