NAPLES, ITALY - 14 JULY 2017: Raffaele Capparelli (52), owner of the Pasticceria Capriccio, puts babas to dry after soaking them in a mix of rum, water and sugar, here in his workshop in Naples, Italy, on July 14th 2017. Raffaele Capparelli is a patissier since 1984, when he inherited the art of pastry making from his father.

The babà is a small yeast cake saturated in syrup made with hard liquor, usually rum, and sometimes filled with whipped cream or pastry cream.

The original form of the baba was similar to the babka, a tall, cylindrical yeast cake (babka is still cooked in Ukraine, Poland and in Ukrainian and Polish communities over the world). The name means "old woman" or "grandmother" in the Slavic languages; babka is a diminutive of baba.

The modern baba au rhum (rum baba), with dried fruit and soaking in rum, was invented in the rue Montorgueil in Paris, France, in 1835 or before.

The baba was later brought to Naples by Neapolitan cooks sent by Maria Carolina of Austria, the wife of the Spanish King Ferdinand I of Bourbon, to her sister Marie Antoinette. 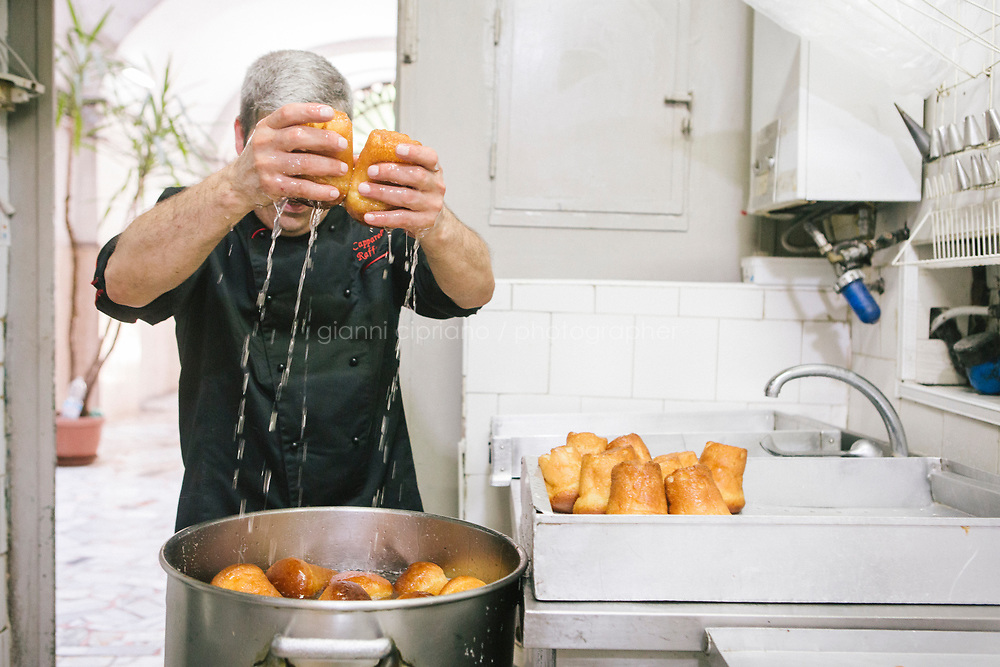