PALERMO, ITALY - 22 MARCH 2017: Evelyn Aouate, an Algerian-born, Parisian-raised transplant whose deepening exploration of her own Jewish roots drove her and others open a synagogue, walks in Piazza Marina, where death sentenced occured during the Inquisition, in Palermo, Italy, on March 22nd 2017. 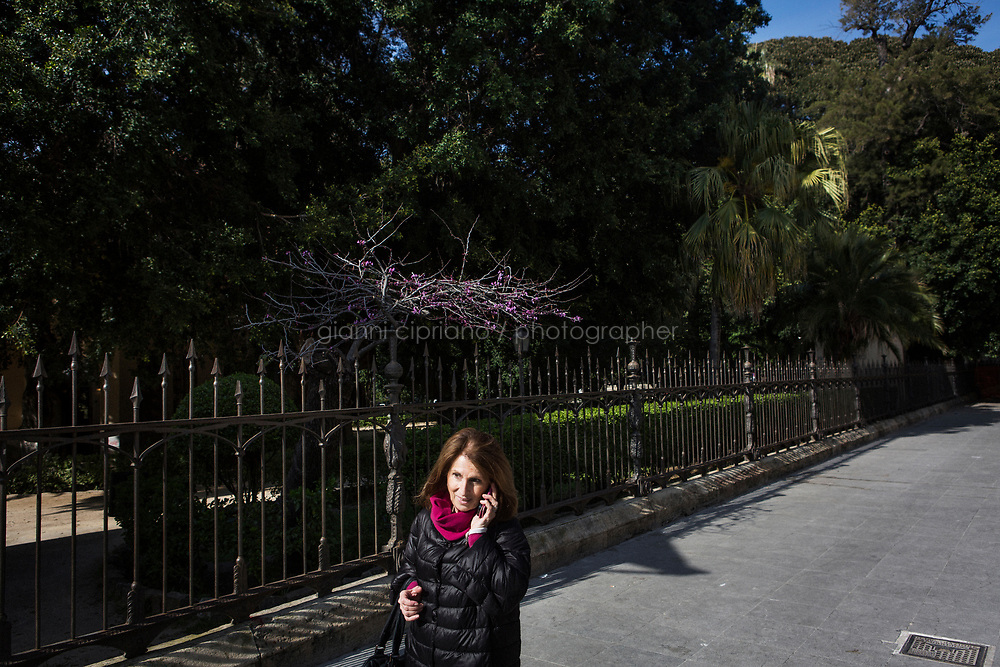