NAPLES, ITALY - APRIL 10th 2018: Giulia Malinconico, daughter of owner Marianna Sorrentino and granddaughter of the founders, serves pennette with Genovese sauce and a fried veal cutlet at the Trattoria Malinconico, a popular restaurant in the Vomero district in Naples, Italy, on April 10th 2018.

Trattoria Malinconico was opened in 1953 by current owner Marianna Sorrentino’s parents-in-law. At first it was only a bulk wine cellar, but then he began making a few cooked dishes – small plates that were popular with locals, which eventually morphed into larger meals. Still today the trattoria is frequented the neighborhood’s older residents, many of whom have been loyal regulars for years, as well as younger locals and workers, who often stop by for a glass of wine. The menu varies from day to day, and is typically based on traditional Neapolitan recipes. Though some dishes, like meatballs, sausages, and friarielli (rapini, a type of broccoli typical to Naples), are always available.


Genovese sauce is a rich, onion-based pasta sauce from the region of Campania, Italy. Likely introduced to Naples from the northern Italian city of Genoa during the Renaissance, it has since become famous in Campania and forgotten elsewhere.
Genovese sauce is prepared by sautéing either beef, veal or pork in a large number of onions, for at least two but as many as ten hours. Large, cylindrical pasta like rigatoni, ziti or candele are favored because they can hold the rich sauce. 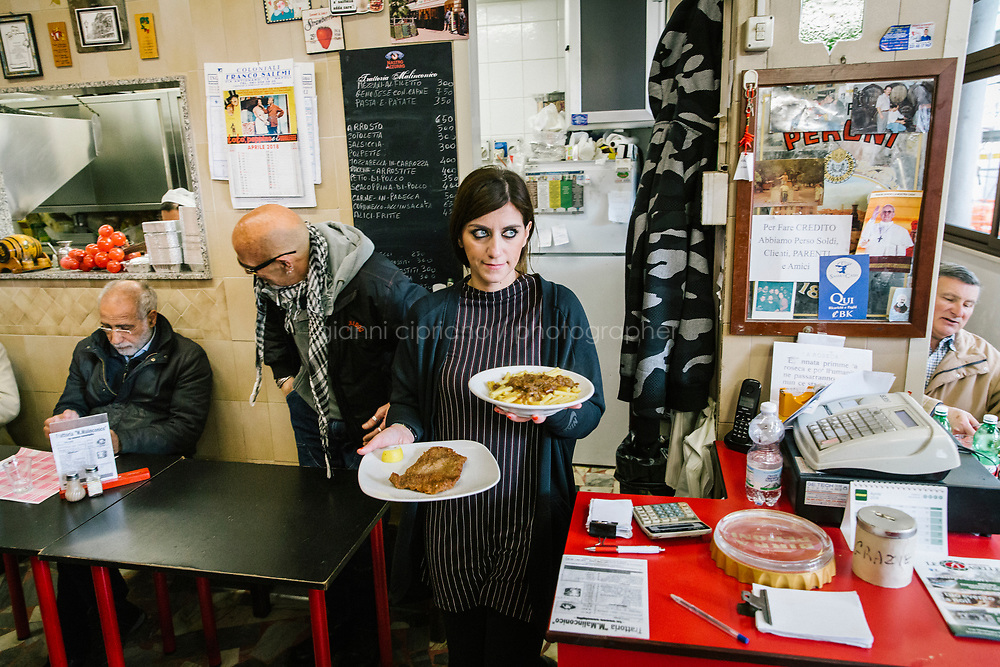