27 October, 2008. New York. An American flag and a portrait of Rabbi Menachem Mendel Schneerson are here in Faina Ryzhikova's apartment. Faina El'man Ryzhikova, 82, a Jewish holocaust survivor and guerilla fighter, lives in Bensonhurst, Brooklyn, NY. After asking for help, the Edith and Carl Marks Jewish Community House of Bensonhurst assisted her by tapping The New York Times Needieset funds for utility expenses of $50/month for 6 months, the first grant starting on October 3, 2008. 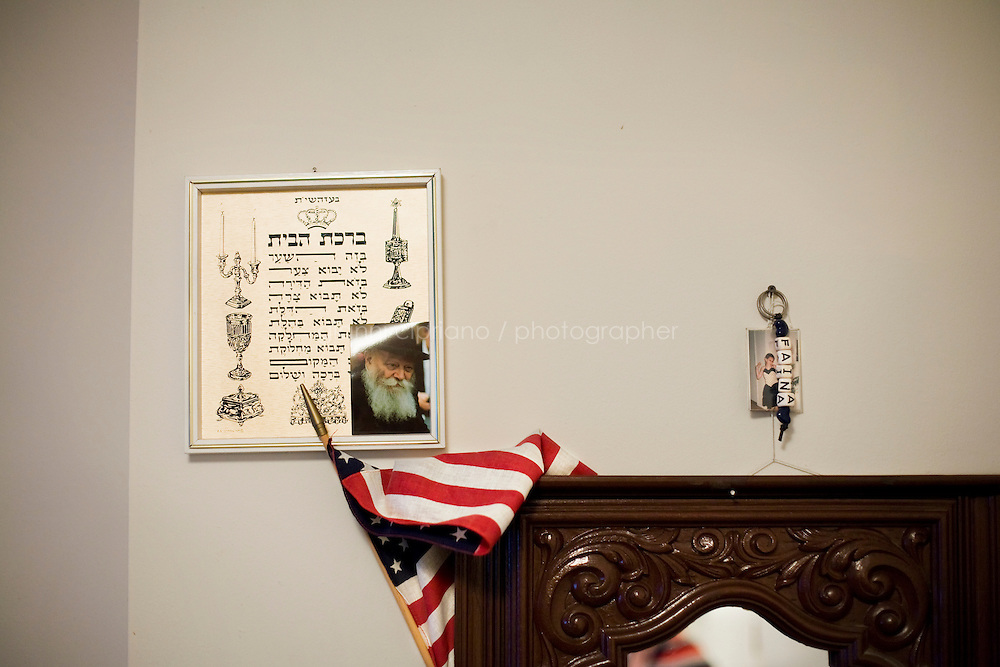