NAPLES, ITALY - 22 JULY 2019: (L-R, from front to back) Maria Cinque (a volunteer and resident of Montesanto), Luigi Prodomo (54, unemployed), Antonio Pastore (45, unemployed) and Maria Pandolfi (54, unemployed) gather at the "Sgarrupato", an abandoned church seized by the "Movimento 7 Novembre" community organization in Montesanto, a working class neighborhood in Naples, Italy, on July 22nd 2019. 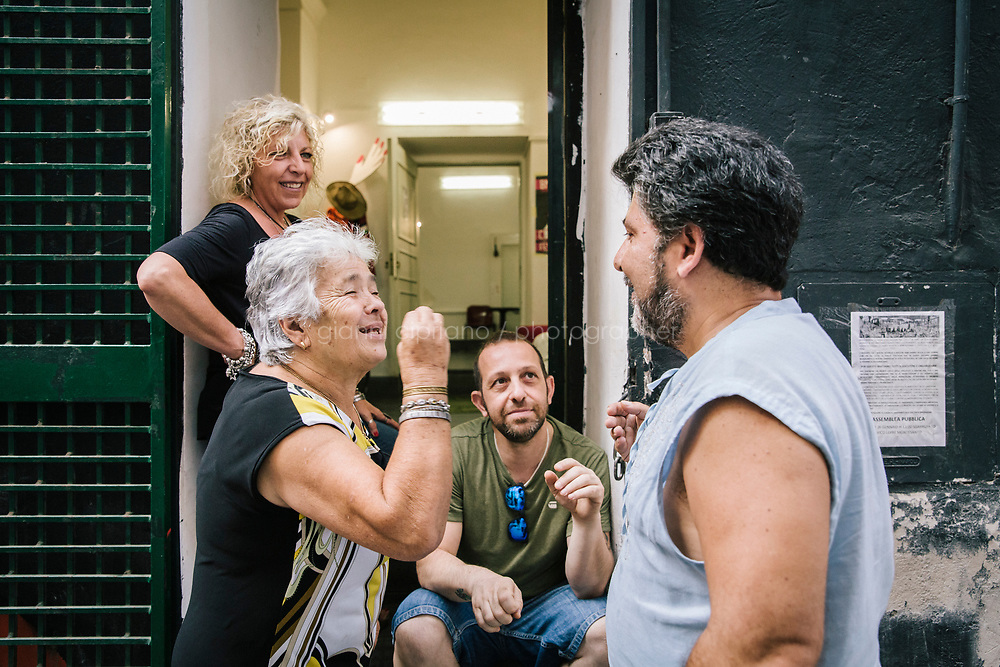