26 June, 2008. Denver, PA. (L-R) Christopher, 14, and Henry, 16, wait at their home farm for their parents, Jesse and Esther Martin, to come back from the Hershey Medical Center, where their little sister Marlene, 2, was hospitalized in the morning because of her Hirschsprung's disease. Jesse Martin, 49, is a Mennonite farmer who believes in self-sufficiency and opposes insurance and government aid. In recent years , Mr. Martin has paid at least $400,000 for care in two nonprofit hospitals, Lancaster General Hospital and Penn State Milton S. Hershey Medical Center. He is now struggling to pay the remaining $287,000 he owes them. "I want to pay", Jesse Martin says, "but they have to come up with a more decent price. I can't make it. Five of my 11 children suffer from maple syrup, 3 from Hirschsprung's disease, and 2 from SCID (Severe Combined Immunodeficiency)". Genetic disorders particularly affect Amish communities, since most of them descend from the few hundred German-Swiss settlers who brought the Amish and Mennonite faiths to the United States in the 18th century. Marrying within an Amish community means members share large regions of genetic material, rendering them more likely to suffer from certain diseases. 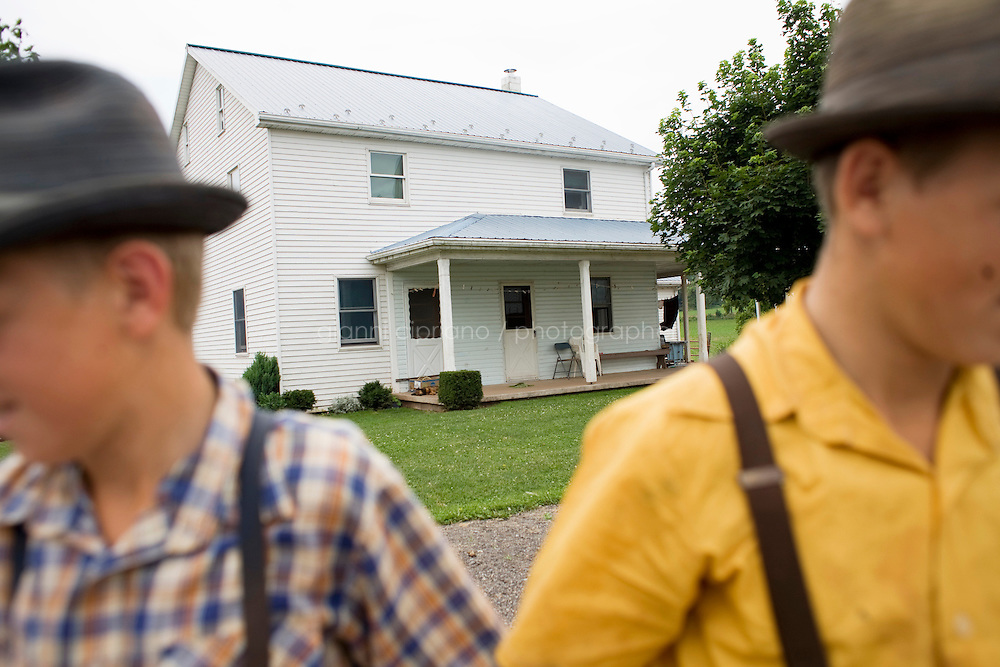