CALITRI, ITALY - 15 SEPTEMBER 2020: Luciano Capossela (38), a jeweler who helped organise a protest against the Amazon event, poses for a portrait in his workshop in Calitri, a village of 4,000 people in southern Italy, on September 15th 2020.

In Calitry Amazon sponsored a local Christmas festival last year as part of a marketing campaign to show it could reach even the most isolated areas. It paid for a big Christmas tree in the town square and provided gifts to local children. The town’s mayor hoped it would lead more local artisans and farmers to sell their products through Amazon. Luciano Capossela helped organize a protest of the Christmas festival with other local shop owners, who closed their stores for the night and blacked out their windows. “If we keep going this way in 10 to 15 years we will only have Amazon and everything else will no longer exist,” he said. 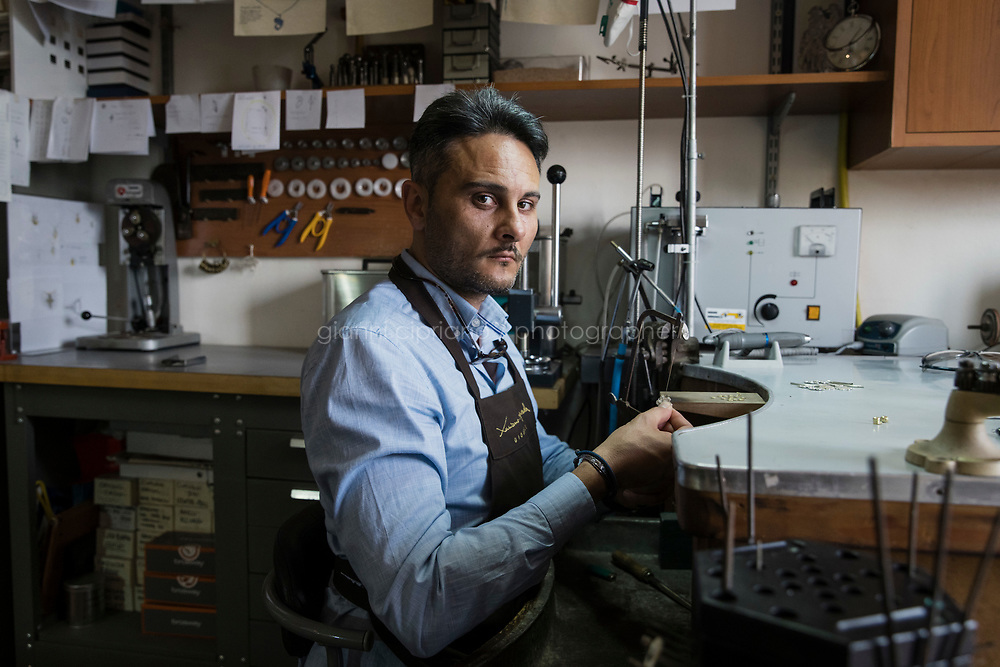