SIENA, ITALY - 20 MARCH 2015: (L-R) Facility manager Michele Midollini (35) and researcher Massimiliano Travagli (40), two lab representatives of Siena Biotech, pose for a portrait in front of the headquarters they occupied together with other 48 employees to protest against the financial cutback of the Monte dei Paschi di Siena Foundation, in Siena, Italy, on March 20th 2015. The banners set up on the gate and on the building say "We defend our work" and "50 families without a future". 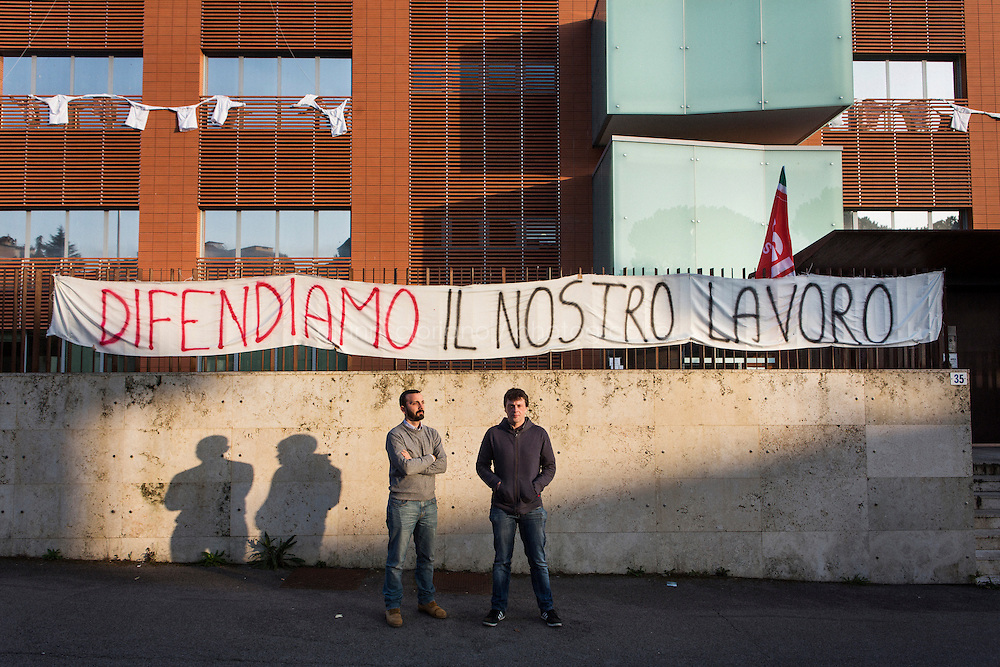