VALLETTA, MALTA - 3 November 2013: Fort St Angelo, the former seat of the Grand Master of Malta until the Siege of Malta of 1565 and military base of the British Royal Navy until 1979, is seen from a rooftop overlooing the Grand Harbour in Valletta, Malta, on November 3rd 2013. Fallen into a state of despair after the Royal Navy left Malta in 1979, Fort St Angelo is now under restoration until 2015. 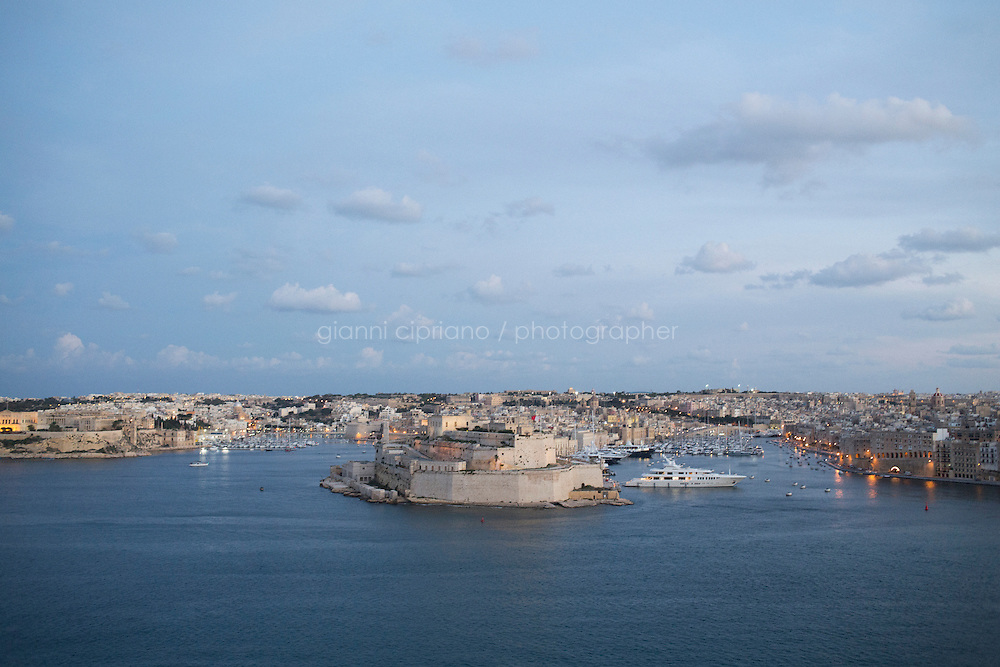