19 June, 2008. Stamford, CT. Cartoonist Mort Walker, 85, sits on the couch of his home-studio in front of the wall exhibiting his most famous comics, such as "Beetle Bailey" and "Hi and Lois". On June 20th Mr. Walker will be moving his National Comic Museum collection from a warehouse in Stamford to a Ohio State University library. Mr. Walker is the creator "Beetle Bailey", one of the oldest comic strips still being produced by the original creator. The museum was established by Mr. Walker in 1976. Since then he collected over 200.000 pieces, including comic books, new clippings, drawings, film footage and posters.
©2008 Gianni Cipriano for the Wall Street Journal
cell. +1 646 465 2168 (USA)
cell. +1 328 567 7923 (Italy)
gianni@giannicipriano.com
www.giannicipriano.com 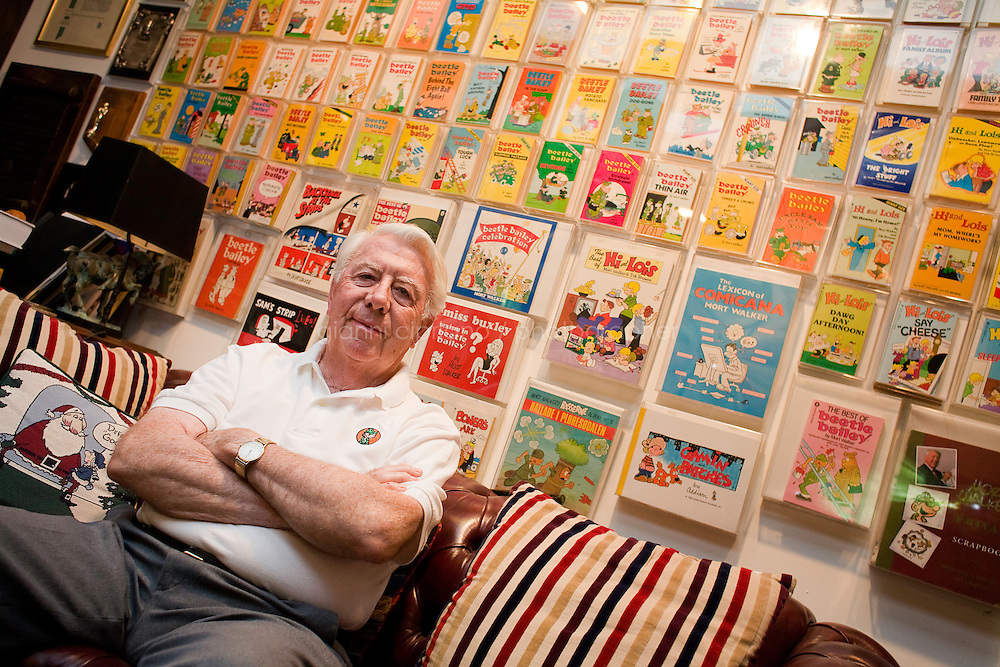