VENICE, ITALY - 4 JUNE 2016: A visitor photographs the palster model of a gastight doow in The Evidence Room at the 15th Venice Architecture Biennale in Venice, Italy, on June 4th 2016.

The Evidence Room exhibition, presented by the University of Waterloo lead by Canadian scholar Robert Jan Van Pelt and, is a reconstruction of key architectural elements of Auschwitz that disproved the Holocaust denier David Irving who had sued American scholar Deborah Lipstadt and her publisher for libel. In her 1994 book Denying the Holocaust: The Growing Assault on Truth and Memory, Lipstadt counted Irving among Hitler apologists and revisionists seeking to downplay the scale of the Holocaust and the systematic murder of six million European Jews.

Robert Jan van Pelt served as the expert witness in the trial, and his report became one of the sources of inspiration for the new discipline of architectural forensics, which is located at the intersection of architecture, technology, history, law and human rights.

The exhibition, which force us to examine architecture used for evil – and designed by architects complicit in crimes against humanity, reconstructs some of those forensic details, including full-scale models of a gas column, a gas door, and a wall section with gas-tight hatch – all of which were shown in court to prove beyond a reasonable doubt that Auschwitz was, as Van Pelt says, “a purposefully designed factory of death, equipped with large, homicidal gas chambers and massive incinerators.” 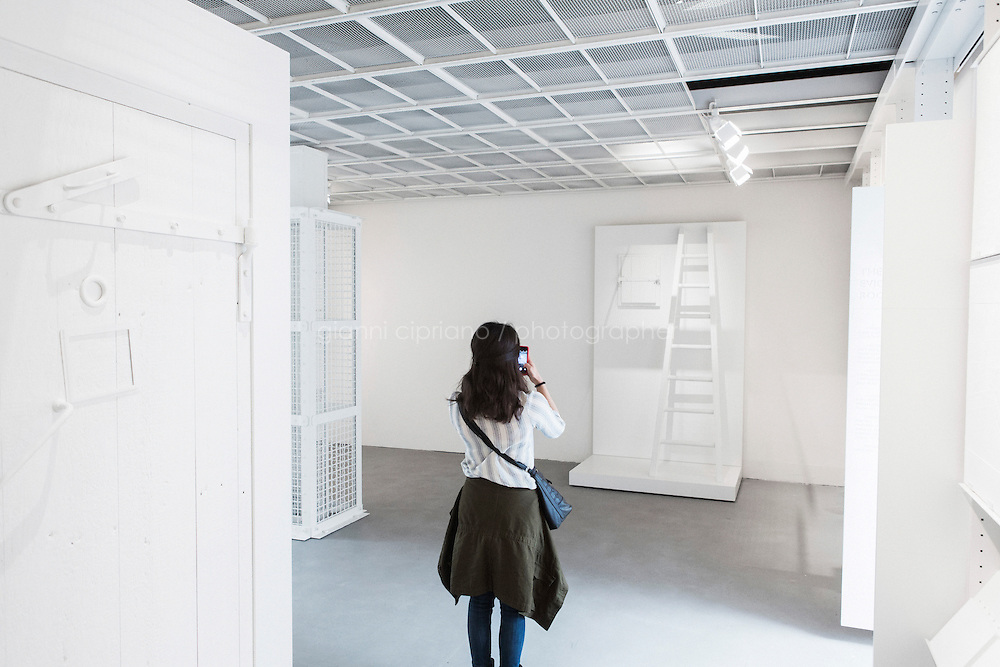