ARZANO, ITALY - 17 SEPTEMBER 2020: An aerial of the Amazon delivery station in Arzano, just outside Naples, Italy, on September 17th 2020. 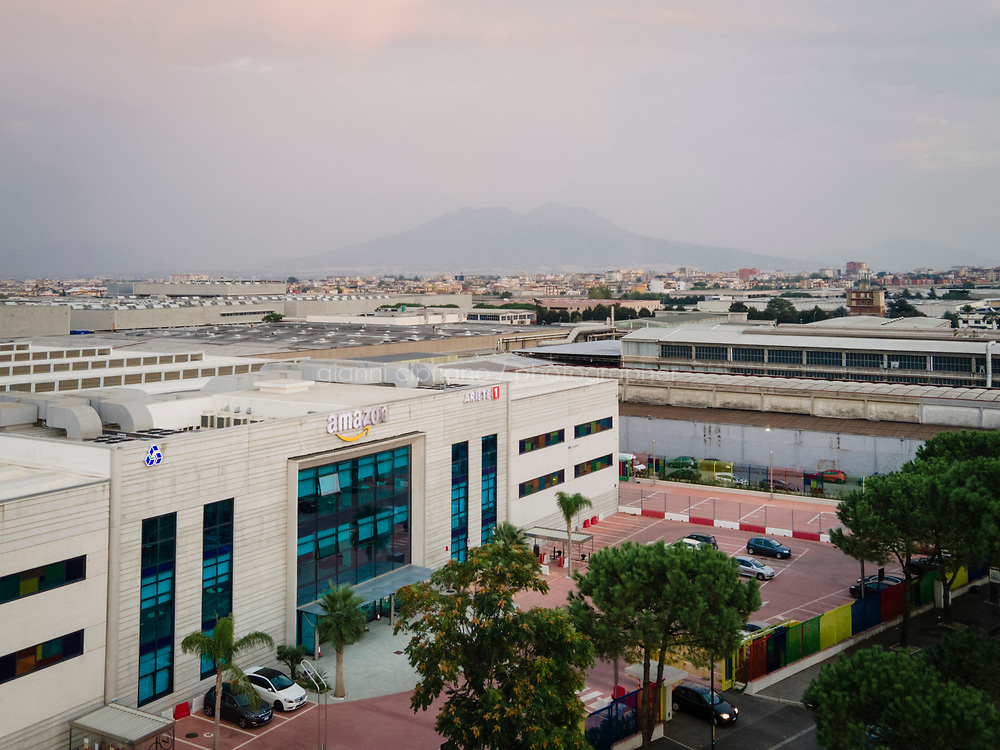