SUTERA, ITALY - 8 JANUARY 2018: Nunzio Vitellaro (33), the coordinator of the E.U. project working for the NGO “I Girasoli", talks with Hussain Munassar, (34), a Pakistani asylum seeker who arrived in Italy in 2015 together with his wife and that were transferred to Sutera in October 2017, here in Sutera, Italy, on January 8th 2018.

Sutera is an ancient town plastered onto the side of an enormous monolithic rock, topped with a convent, in the middle of the western half of Sicily, about 90 minutes by car south of the Sicilian capital Palermo
Its population fell from 5,000 in 1970 to 1,500 today. In the past 3 years its population has surged after the local mayor agreed to take in some of the thousands of migrants that have made the dangerous journey from Africa to the Sicily.

“Sutera was disappearing,” says mayor Giuseppe Grizzanti. “Italians, bound for Germany or England, packed up and left their homes empty. The deaths of inhabitants greatly outnumbered births. Now, thanks to the refugees, we have a chance to revive the city.”
Through an Italian state-funded project called SPRAR (Protection System for Refugees and Asylum Seekers), which in turn is co-funded by the European Union's Fund for the Integration of non-EU Immigrants, Sutera was given financial and resettlement assistance that was co-ordinated by a local non-profit organization called Girasoli (Sunflowers). Girasoli organizes everything from housing and medical care to Italian lessons and psychological counselling for the new settlers.
The school appears to have been the biggest beneficiary of the refugees’ arrival, which was kept open thanks to the migrants.
Nunzio Vittarello, the coordinator of the E.U. project working for the NGO “I Girasoli" says that there are 50 families in Sutera at the moment. 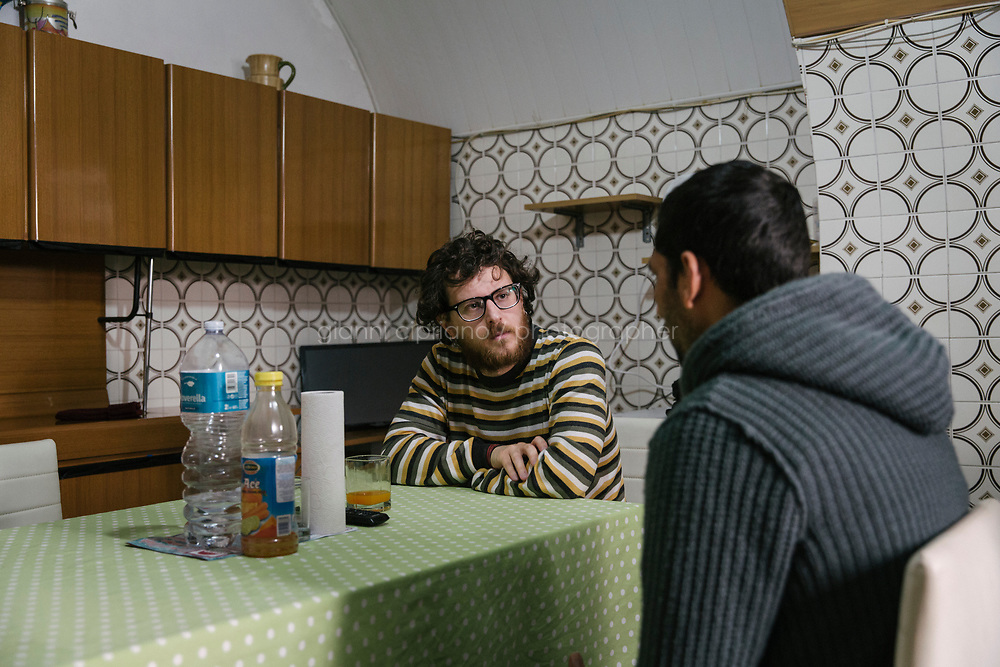