MANAROLA, ITALY - 31 MAY 2017: Anselmo Crovara (82), the creator and custodian of the Memory Archive housed in his own attic (a collection of items from traditional Ligurian daily life), shows 1970s pictures of his mother who was one of the few women who had mastered the art of dry stone walls, here in his home in Manarola, Italy, on May 31st 2017. Mr Crovara learned to build dry stone walls when he was a little boy. 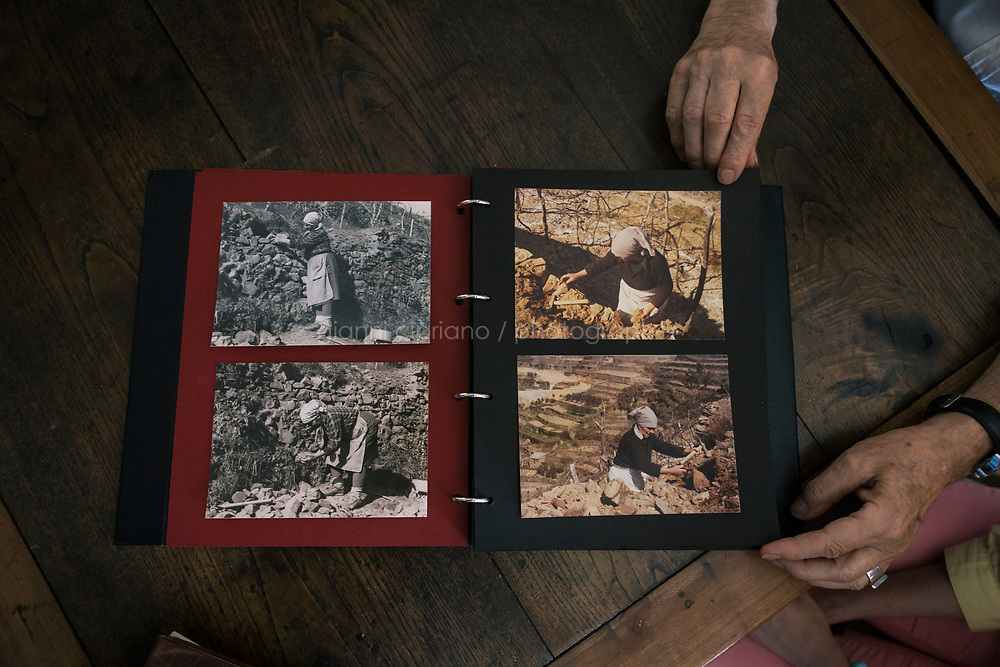