NAPLES, ITALY - 7 NOVEMBER 2019: A side dish of octopus salad is seen here at the Trattoria Avellinese, a family-run restaurant in Naples, Italy, on November 7th 2019.

Peppino is the typical restaurant of the Neapolitan residents living around the central station of Naples. Avellinese is not a surname; it was the nickname of Peppino (Giuseppe) Cipriano. He was called Avellinese because he came from Avellino, a city in the interior of the region. When Peppino he arrived in Naples in 1928, his inspired his Neapolitan trattoria to the characteristics of Avellino cuisine. "The will to propose the simple things of gastronomy was the inspiring principle of our father; and we, after almost a hundred years from the foundation, continue to keep the trattoria's mission intact", says Carmela, the daughter of Peppino, one of the three brothers who runs the restaurant.
Since the 1980s his three children - Salvatore (56), Carmela (55), and Tina (52) - keep the restaurant open every day of the week. 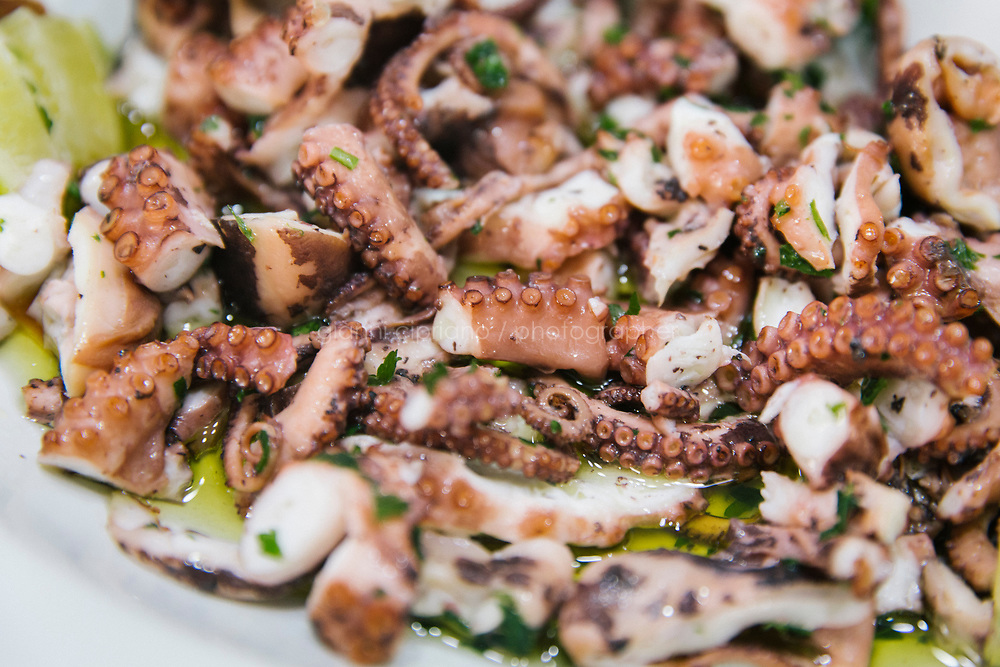