NAPLES, ITALY - 1 AUGUST 2018: A car is parked in the garage of Cantina del Gallo, a family-owned restaurant in the Rione Sanità in Naples, Italy, on August 1st 2018. The garage is located inside a huge cave dug into the soft tufa stone. First excavated by the Romans, this now urban grotto was used in the Second World War as a shelter during aerial bombings.

Cantina del Gallo, in the Rione Sanità, was established in 1898 and run by four generations of the Silvestri family. The cantina began as a store selling bulk wine and oil. It was only in the 1950s, when the legendary Aunt Cuncetta began cooking, that it became the simple and genuine tavern it is today.
There are three dishes that are the restaurant’s workhorses, and the ones we always seem to rotate between: the pennette alla sorrentina (a variation of the classic gnocchi alla sorrentina, seasoned with tomato, basil and stringy mozzarella), the baked cod (although the fried cod is just as mouth-watering) and the pizza cafona (peasant pizza), topped with oregano, cheese, chile and with double the tomatoes (tomato juice and chopped tomatoes). 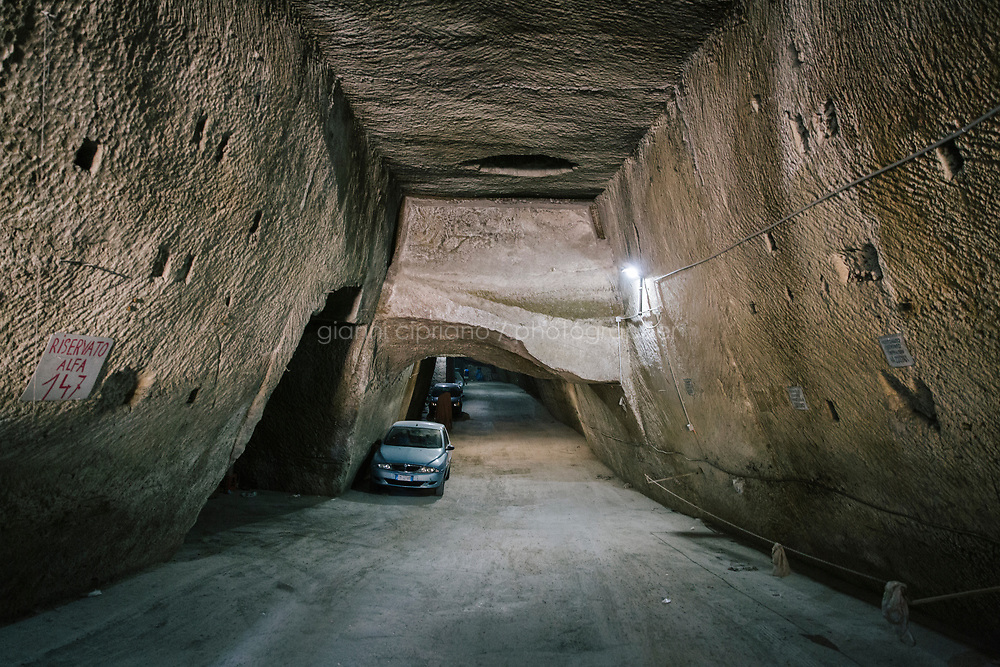