ROME, ITALY - 27 JUNE 2017: (L-R) Opera singer Murat Can Guvem (in the role of Don Ottavio) and Veronica Marini (in the role of Donna Anna) are seen here on stage performing in the "Don Giovanni OperaCamion", an open-air opera performed on a truck in San Basilio, a suburb in Rome, Italy, on June 27th 2017. 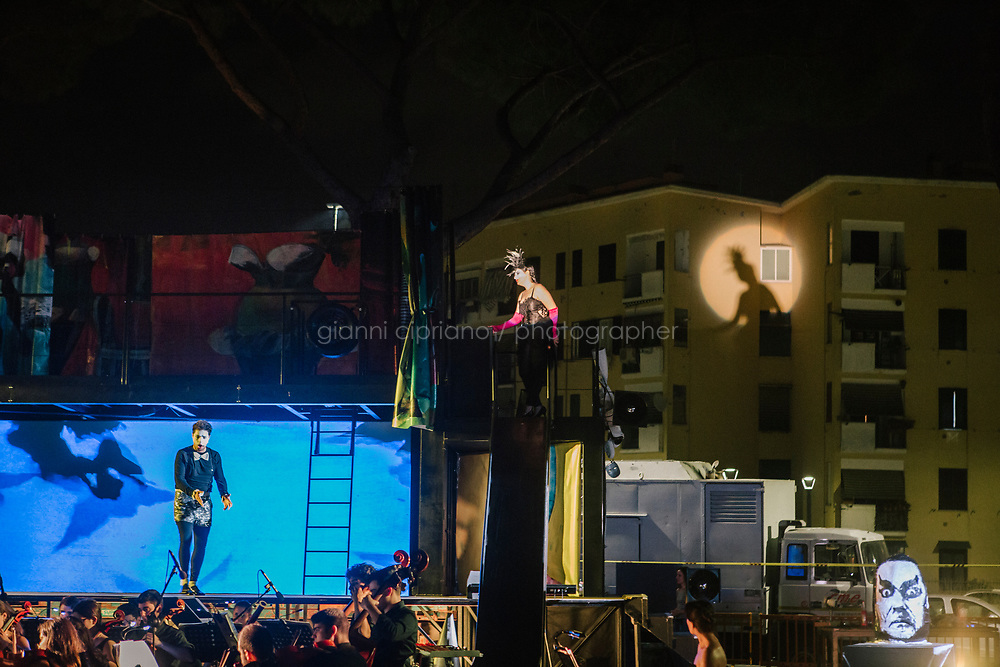