VALLETTA, MALTA - 4 November 2013: A visitor admire looks at the ceiling of St John's Co-Cathedral in Valletta, Malta, on November 4th, 2013. St. John's Cathedral, built by the Knights of Malta between 1573 and 1578, is considered to be one of the finest examples of high Baroque architecture in Europe and one of the world's great cathedrals.


Valleta was named after Jean Parisot de Valette of the Order of St. John of Jerusalem, who succeeded in defending the island from an Ottoman invasion in 1565, known as the Siege of Malta. The city was founded immediately after the end of the Siege of Malta to fortify the Order's position in Malta and bind the Knights to the island. 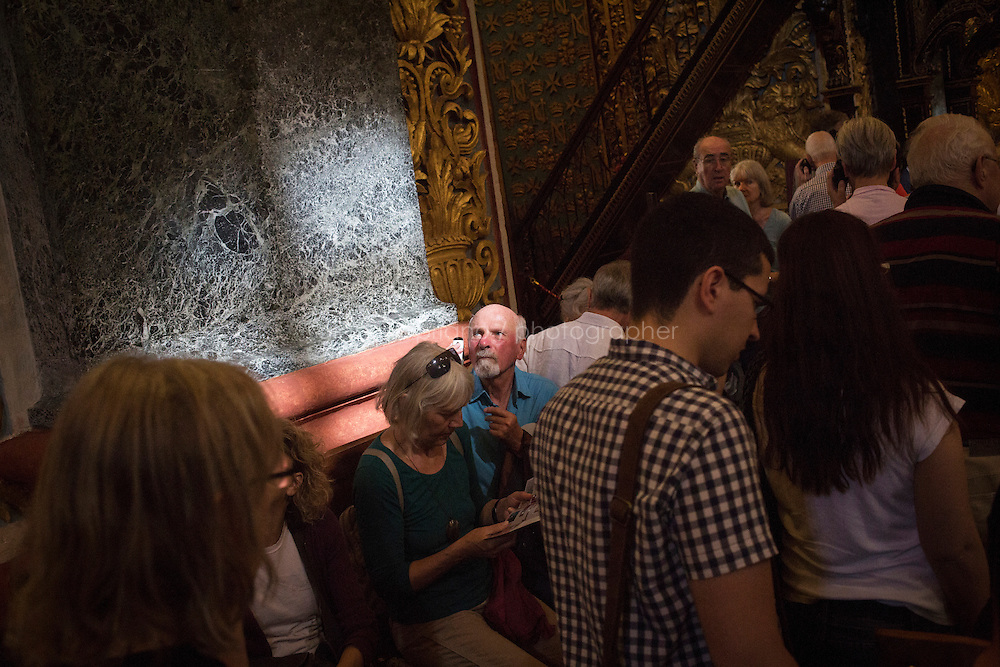