GIGLIO (GR), ITALY - 9 APRIL, 2012: A couple walks in the street of Giglio, an island of the National Park of the Tuscan Archipelago where the Costa Concordia cruise ship capsized on January 14th 2012. Giglio, a Tuscan island famous for its pristine waters and quiet living style, faces the challenges of starting a tourist season with a 225,000-tonne ship stuck at the entrance of its tiny port. Months after the Costa Concordia shipwreck, the Tuscany Region and Ministry for Tourism financed a 50,000-euro promotional campaign to encourage visitors to go to Giglio for the summer, while islanders are creating new walking paths and wine tasting tours to diversify their offer, trying to take advantage of the popularity that the tiny island has gained globally last January. The new attraction on Giglio has already caused an increase in the number of tourists who go to the island just for one day. 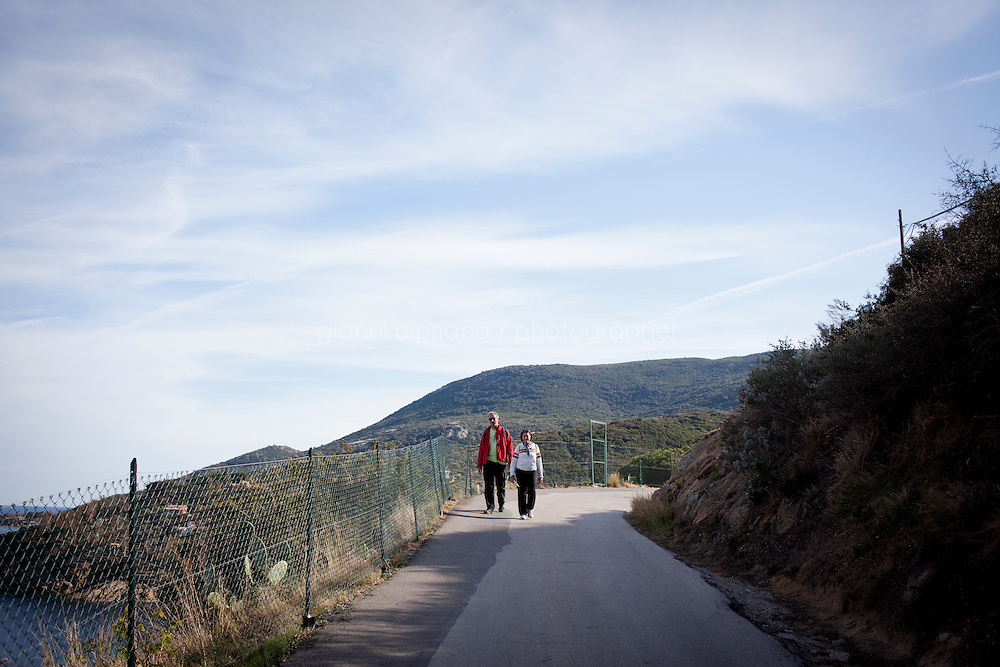