ROME, ITALY - 2 JULY 2018: Musicians of the Youth Orchestra of the Teatro dell'Opera di Roma takes a selfie with Domingo Pellicola (as Il Duca di Mantova) shortly before their performance of the "Rigoletto", an opera in three acts by composer Giuseppe Verdi, by the OperaCamion truck in Corviale, a suburb in Rome, Italy, on July 2nd 2018.

Director Fabio Cherstich’s idae of an “opera truck” was conceived as a way of bringing the musical theatre to a new, mixed, non elitist public, and have it perceived as a moment of cultural sharing, intelligent entertainment and no longer as an inaccessible and costly event. The truck becomes a stage that goes from square to square with its orchestra and its company of singers in Rome. cted by Carlo Donadio. 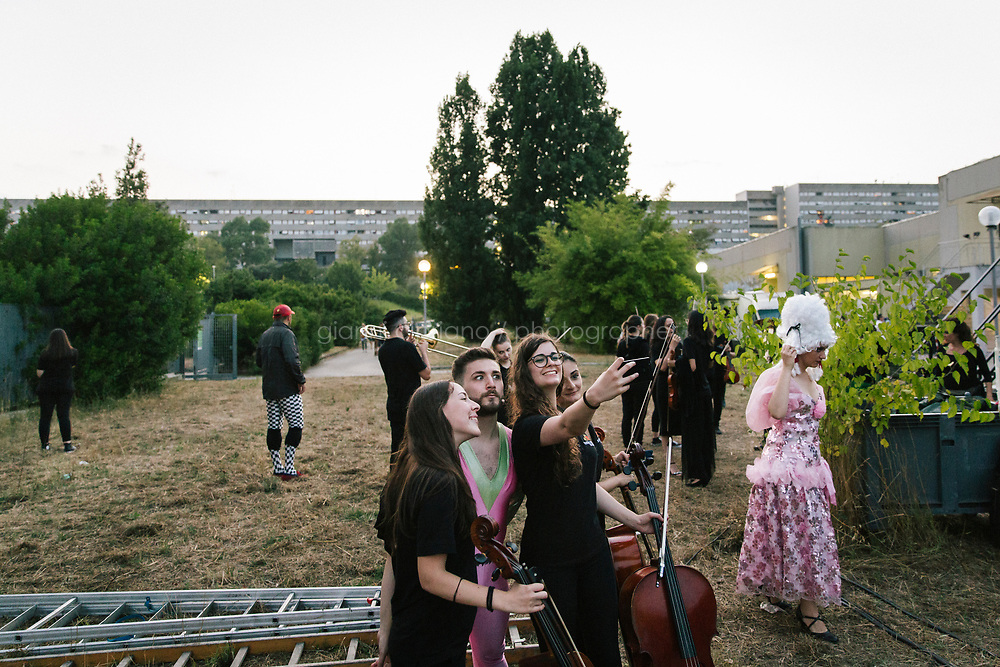