CONTURSI TERME, ITALY - 11 FEBRUARY 2020: A technician of the Orogiallo pasta factory closes the door of the boiler room at the pasta factory, which is part of the SNAM experiment that supplied a hydrogen blend to the factory, in Contursi Terme, Italy, on February 11th 2020.

In September 2018, together with other European companies, Snam signed a Hydrogen Initiative declaration to support hydrogen’s potential as a sustainable energy source. The signatory companies have undertaken to gradually integrate hydrogen into gas transmission networks and to encourage their use as a solution for energy storage, as well as to support the development of hydrogen produced by electrolysis, which allows more efficient use 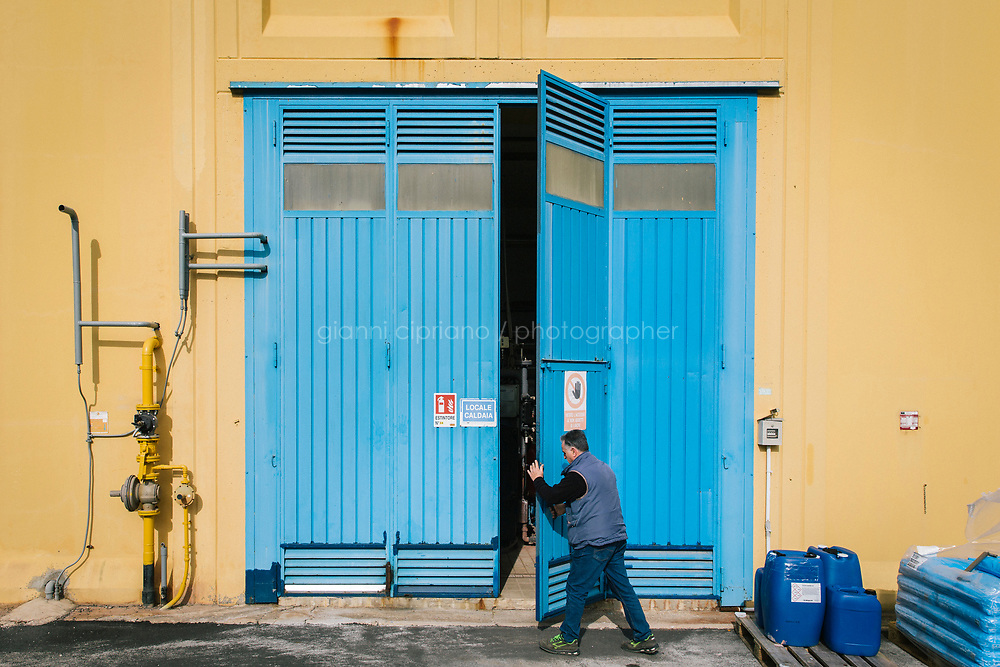