ROME, ITALY - 27 AUGUST 2016: Sisters of the Missionaries of Charity, the religious congregation founded by Mother Teresa in 1950, pray during the morning mass at the Mother House in Rome, Italy, on August 27th 2016.

Mother Teresa, also known as Blessed Teresa of Calcutta, was an Albanian Roman Catholic nun and missionary. She founded the Missionaries of Charity, a Roman Catholic religious congregation, whose members must adhere to the vows of chastity, poverty, and obedience, as well as the vow to give wholehearted free service to the poorest of the poor. Shortly after she died in 1997, Pope John Paul II waived the usual five-year waiting period and allowed the opening of the process to declare her sainthood. She was beatified in 2003. A second miracle was credited to her intercession by Pope Francis, in December 2015, paving the way for her to be recognised as a saint by the Roman Catholic Church. Her canonisation is scheduled for September 4th 2016, a day before the 19th anniversary of her death. 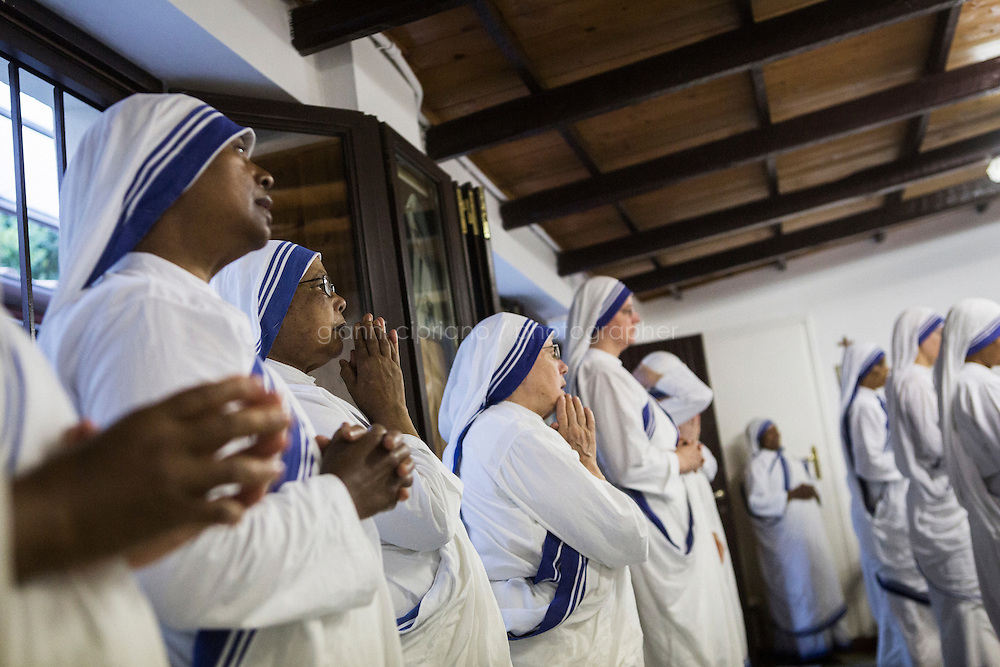