PRATO, ITALY - 25 NOVEMBER 2019: Marco Weng (20), a first-generation Italian-Chinese and son of Chinese immigrants who arrived in Italy 30 years ago, poses for a portrait at his partner's fried chicken take-away restaurant in the Chinatown of Prato, Italy, on November 25th 2019. “There was no clothing industry here. Italians only made textiles. Chinese people didn’t take jobs. We have created jobs”, Mr Weng says. Marco Weng is about to launch a chain of Korean fried chicken restaurants with a partner. 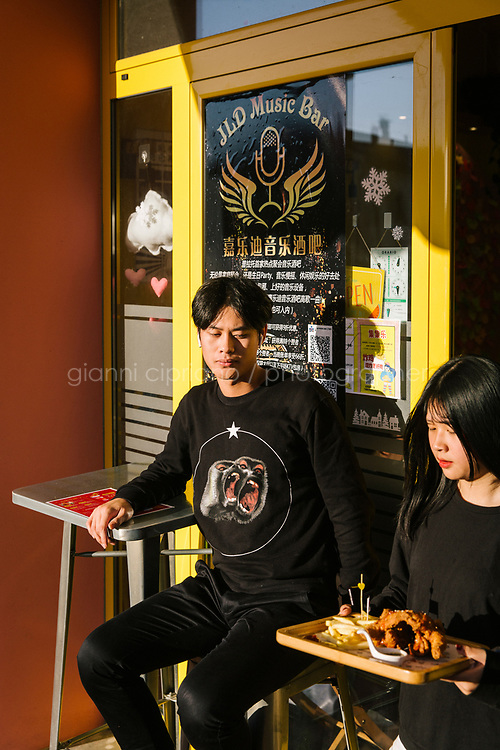