25 February 2011. Valletta, Malta. People evacuated from Libya are transferred to the hotels upon their arrival in Malta. A U.S.-chartered ferry evacuated Americans and other foreigners out of Libya on Friday and brought them to the Mediterranean island of Malta. The Maria Dolores ferry, after three days of delays, brought over 300 passengers, including at 167 U.S. citizens, away from Libya where Colonel Gaddafi's forces continue to clash with anti-government demonstrators. 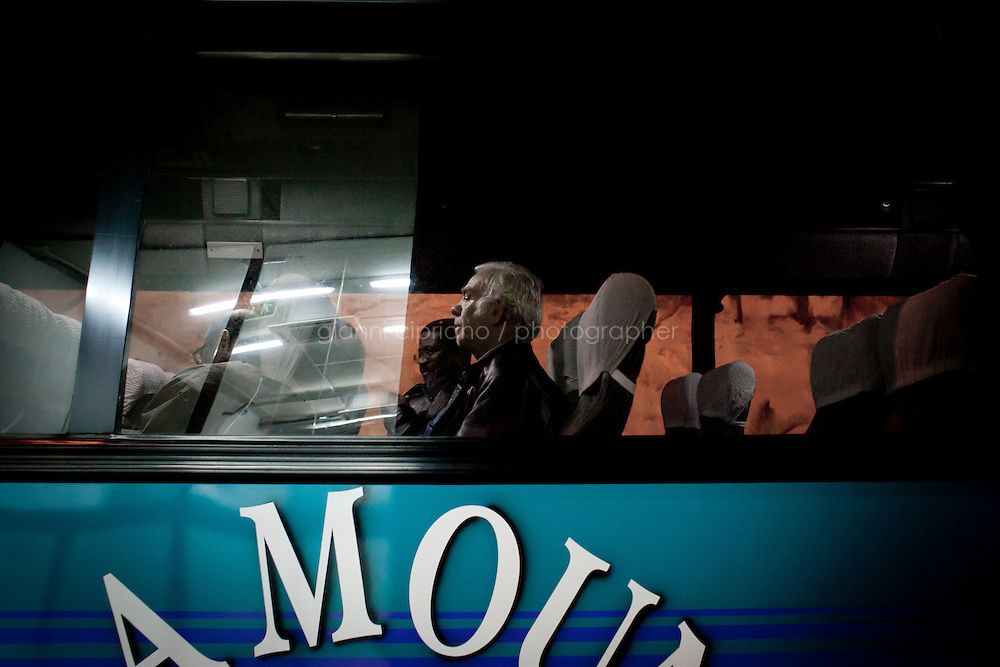