9 April, 2009. Brookville, NY. A welcome sign is here at the entrance of Brookville, NY, on Cedar Swamp Road. The Gold Coast village of Brookville is the wealthiest community in the United States, according to a survey published Wednesday by BusinessWeek magazine. 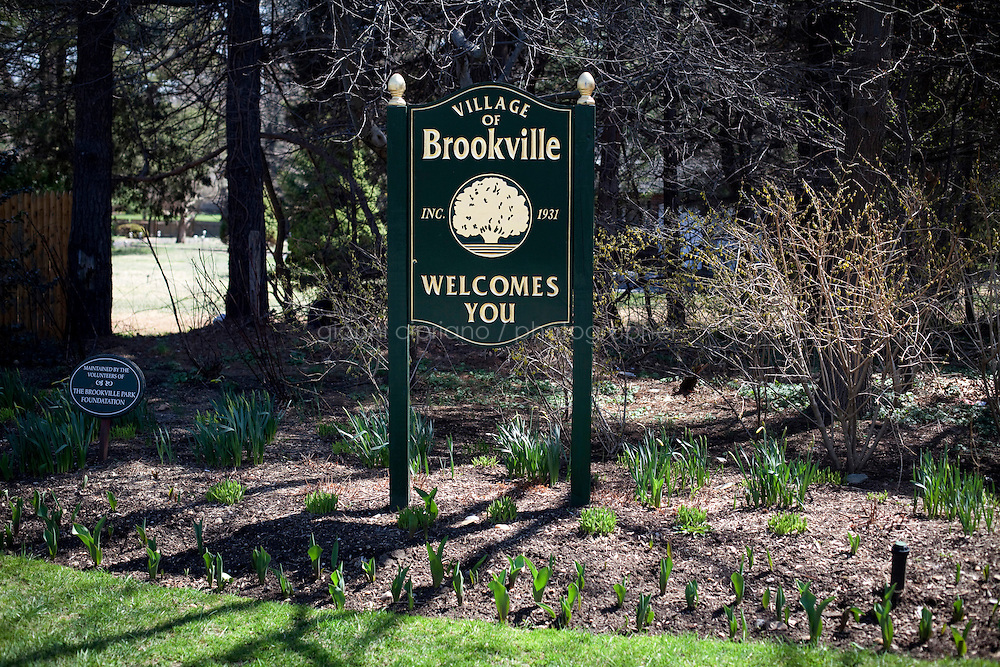