VILLAFRANCA TIRRENA, ITALY - 28 August 2013: Elio Vincenzi, the 65 years old husband of the missing and presumed dead Costa Concordia cruise ship passenger Mariagrazia Trecarichi, sits here by the stage to watch his daughter Stefania participate as a selected model and juror for the Sicilian regional selections of Miss Italy, in Villafanca Tirrena, Italy, on August 28th 2013. Stefania Vincenzi was selected as one of the Sicilian representatives who will participate at the final selections of Miss Italy in Salso Maggiore in September 2013. The idea of participating at the beauty pageant came after Mariagrazia Trecarichi met a friend who organizes the local castings who told her Stefania suited the contest. 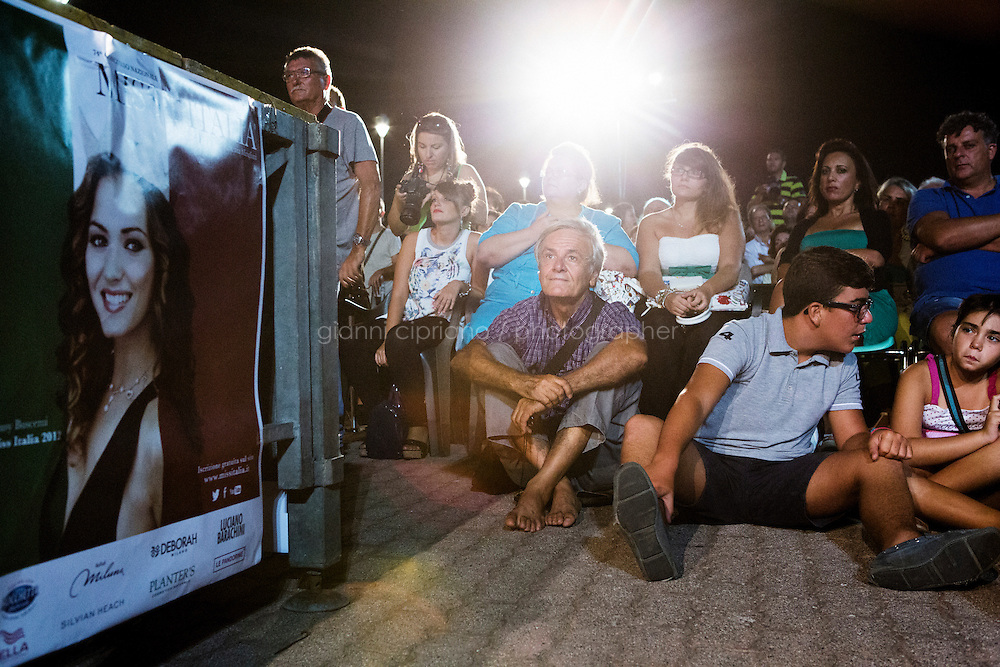