TURIN, ITALY - 23 October 2013: Participant of talent show Masterpiece Maria Isabella Piana (66) reads her one-page assignment, which was to compose a diary entry from the perspective of someone who had recently gone blind, in front of the jurors at the state TV Rai studios in Turin, Italy, on October 23rd 2013. 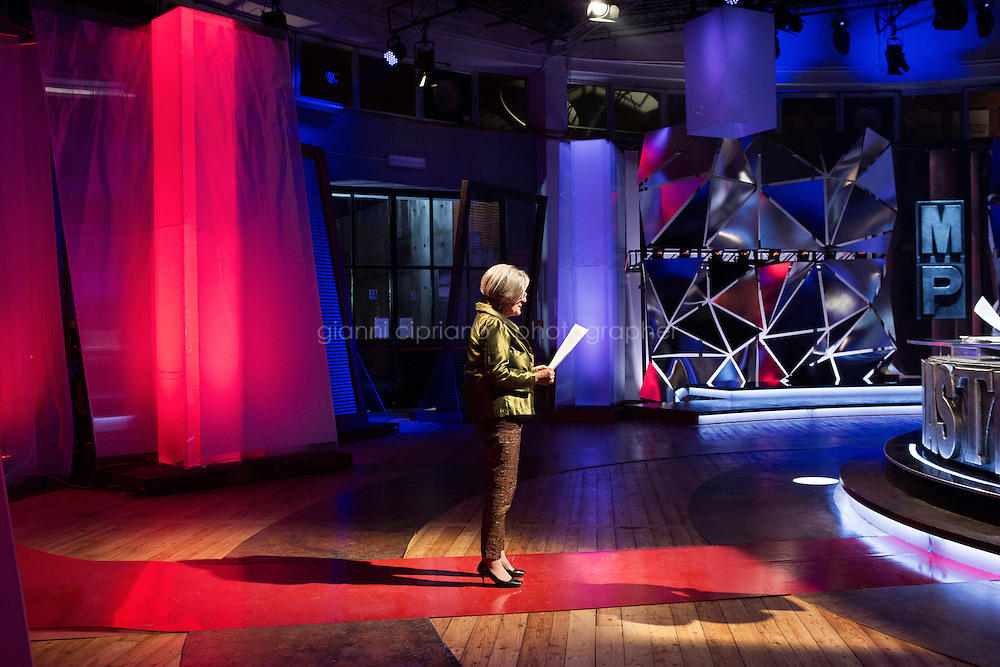