MATERA, ITALY - 5 OCTOBER 2019: Director Milo Rau (42) is seen here directing the scene of the encounter of Jesus Christ (performed by by political activist and former tomato farmer Yvan Sagnet, on Milo Rau's left) with the Pharisees in his film "The New Gospel",in Matera, Italy, on October 5th 2019. 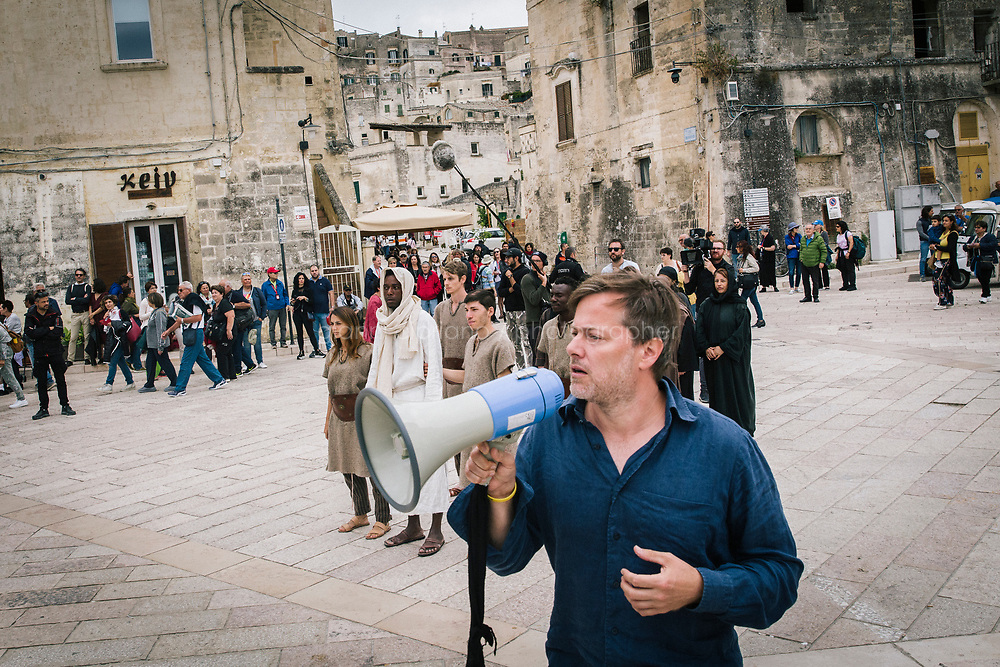