OTTAVIANO, ITALY - 25 JULY 2019: Workers are seen here at a machine processing polyurethan with skill foaming and that produces anti rattle pads for Jeep Renegade, at Adler Group in Ottaviano, Italy, on July 25th 2019. 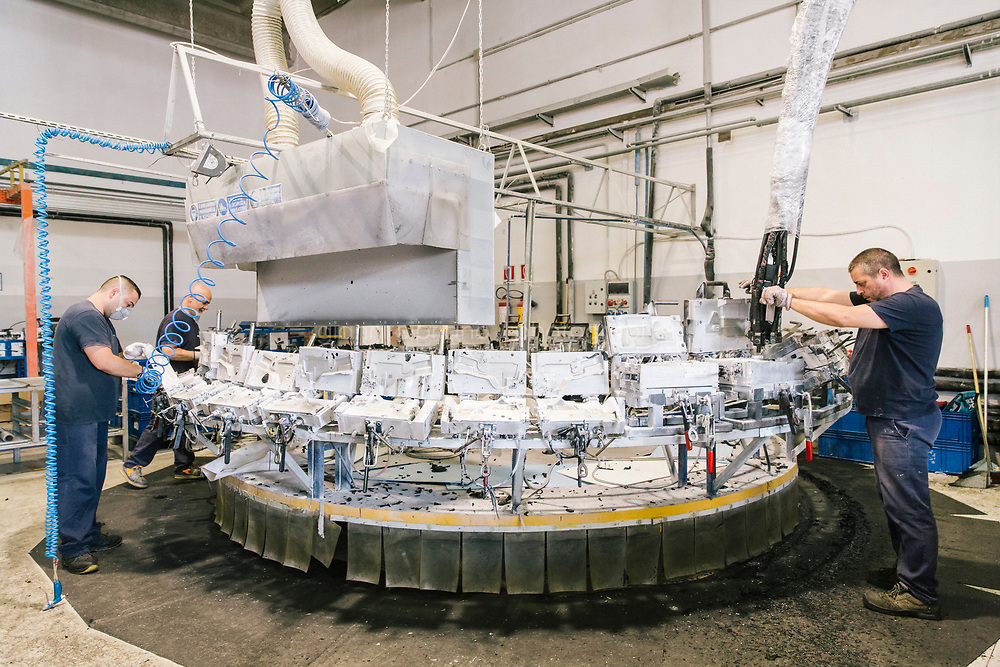