NAPLES, ITALY - 13 APRIL 2020: (L-R) Artist and tobacconist Anna Fusco (47) waits for homeless people to come and pick up their daily meals prepared by volunteers in Naples, Italy, on April 13th 2020. Anna Fusco is the owner of the oldest tobacco shop in the heart of Naples. After the lockdown, as her profits dropped 90%, she noticed homeless people wandering the city centre not knowing where to find food. Together with her husband Ciro and her brother-in-law Vincenzo, she started preparing meals to distribute in front of her tobacco shop. In just a few days, dozens of volunteers took part of the initiative. At the time being, they distribute between 80 and 110 meals per day.

The existence of the widespread use off-the-books workers in the South’s vibrant “street economy,” meant that the lockdowns hit hard families that had no access to the government’s targeted relief pa 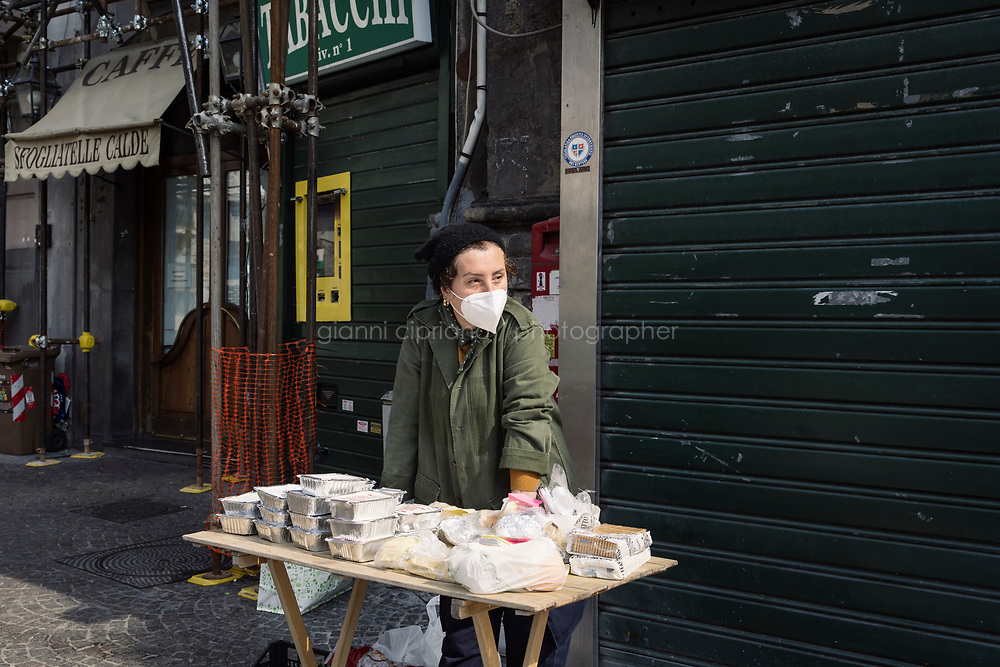