CASTELVETRANO, ITALY - 29 MAY 2015: Antiquities dealer and olive oil producer Gianfranco Becchina (76) shows an antique brass grating of a coistored convent, here at Tenuta Pignatelli, his estate where he lives and produces the "Olio Verde" olive oil in Castelvetrano, Sicily, Italy, on May 29th 2015. 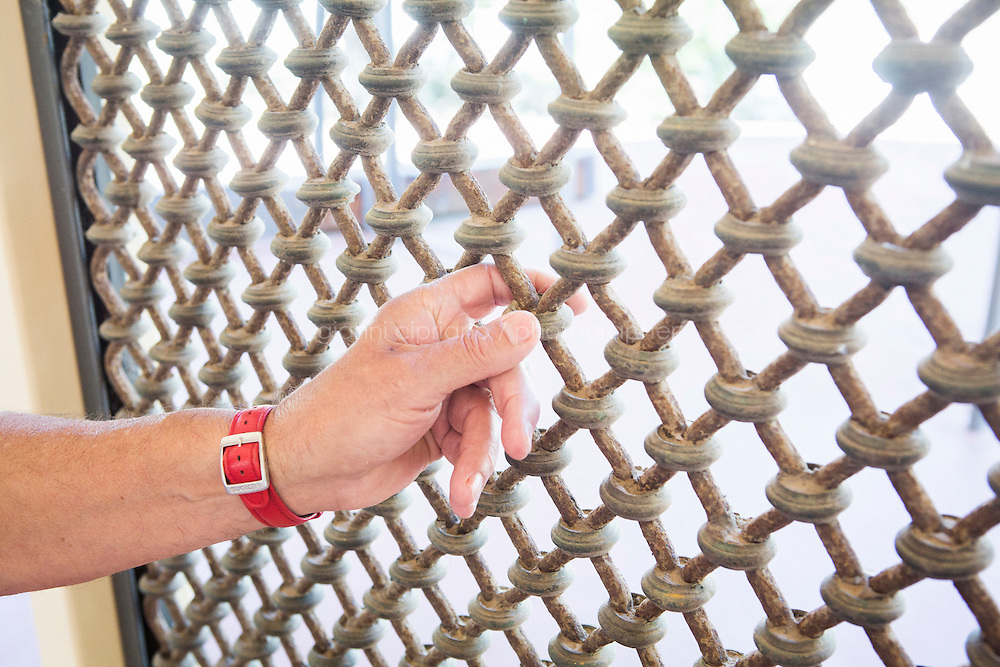