NAPLES, ITALY - 30 JULY 2018: Roberto Saviano (center), an Italian journalist, writer and essayist is seen here with his police escort as he arrives and greets the young actors of the collective "Nuovo Teatro Sanità" (New Sanità Theatre) in the Sanità neighborhood in Naples, Italy, on July 30th 2018.

In 2017 the 17-year-old innocent victim Genny Cesarano was shot and killed by stray bullet in cross fire between 2 rival gangs vying for territorial control in the Sanità neighborhood.
The isolation of the neighborhood Sanità over the years provided an ideal location for the Camorra to expand their illicit activities and profit from soaring unemployment rates and economic instability,

After the first death threats of 2006 by the Casalese clan , a cartel of the Camorra, which he denounced in his exposé and in the piazza of Casal di Principe during a demonstration in defense of legality, Roberto Saviano was put under a strict security protocol. Since 2006 Roberto Saviano has lived under police protection.

Saviano's latest novel "The Piranhas", which tells the story of the rise of a paranza (or Children's gang) and it leader Nicolas, will be released in the United States on September 4th 2018. 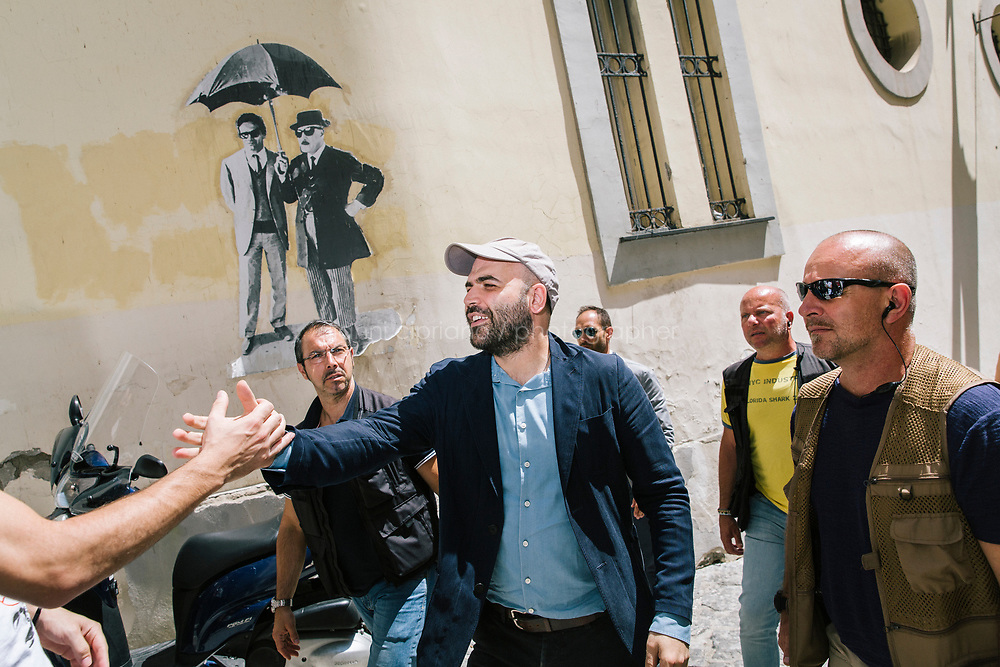