PRATO, ITALY - 4 December 2013: Friar Francesco Brasa and Father Francesco Saverio Wang sit at a table of the "Acensione del Pino" church, where Father Wang celebrates mass in Chinese every Sunday, during an interview in Prato, Italy, on December 4th 2013.

Seven Chinese workers died and two were badly injured after a fire swept through a Chinese-owned fast fashion outlet on Sunday.

The city of Prato has the largest concentration of Chinese in Europe, as well as having the second largest population of Chinese people overall in Italy, after Milan. The Chinese who have come to Prato since the late 1980s have transformed the city and its centuries-old textile industry. 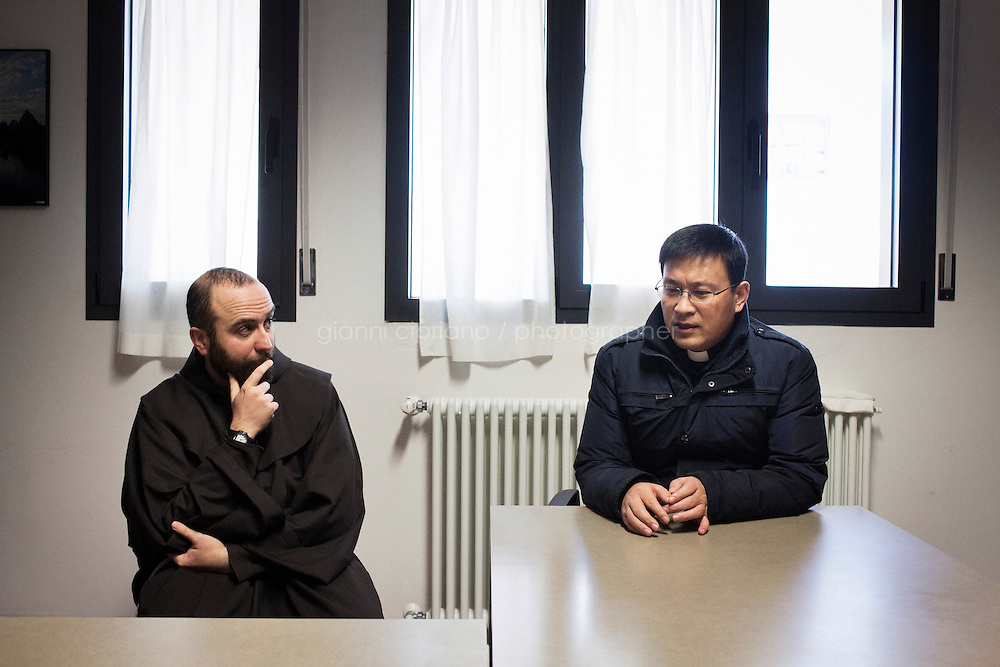