ROME, ITALY - 30 MARCH 2015: A maintenance worker employed at Cinecittà Studios paints a Roman temple of the set of "Rome", the British-American-Italian broadcasted between 2005 and 2007 on HBO, BBC Two and RaiDue, here in Cinecittà, Rome, Italy, on March 30th 2015. 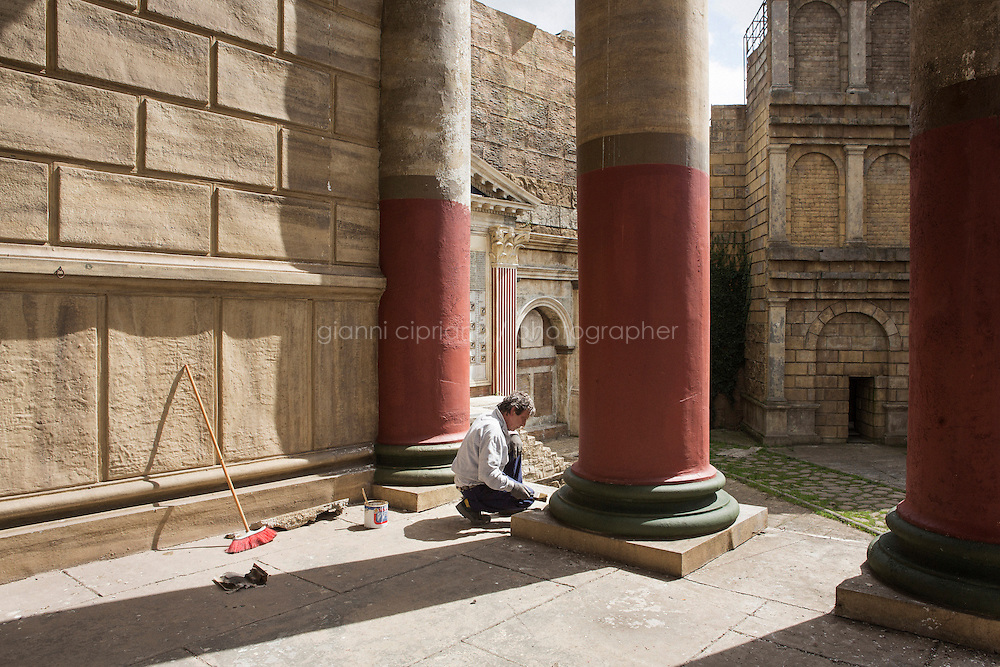