LAMPEDUSA, ITALY - APRIL 2: Tunisian migrants are escorted by the Guardia di Finanza (Italy's financial police) and transferred by bus to the ferry that will bring them to mainland Italy on the quay of the harbor on April 2, 2011 in Lampedusa, Italy. Three days after Italian Prime Minister Silvio Berlusconi visited the island of Lampedusa and promised to remove all migrants within 60 hours, no migrants have been transferred because of the bad see conditions. Transfers are resumed after high winds blocked ferries from taking migrants away from Lampedusa, frustrating the migrants who have been protesting about a lack of food, water and shelter.??Thousands of people, many who left North Africa following recent unrest, are stranded on the Italian island of Lampedusa in appalling conditions. About 22,000 immigrants have arrived on the island since January, most of them from Tunisia. with many already having been moved to other parts of Italy...Many on Lampedusa have not been provided with the most basic humanitarian assistance such as shelter, medical care, mats, blankets and access to sanitary facilities, while thousands continue to sleep outdoors...(Photo by Gianni Cipriano / Getty Images) 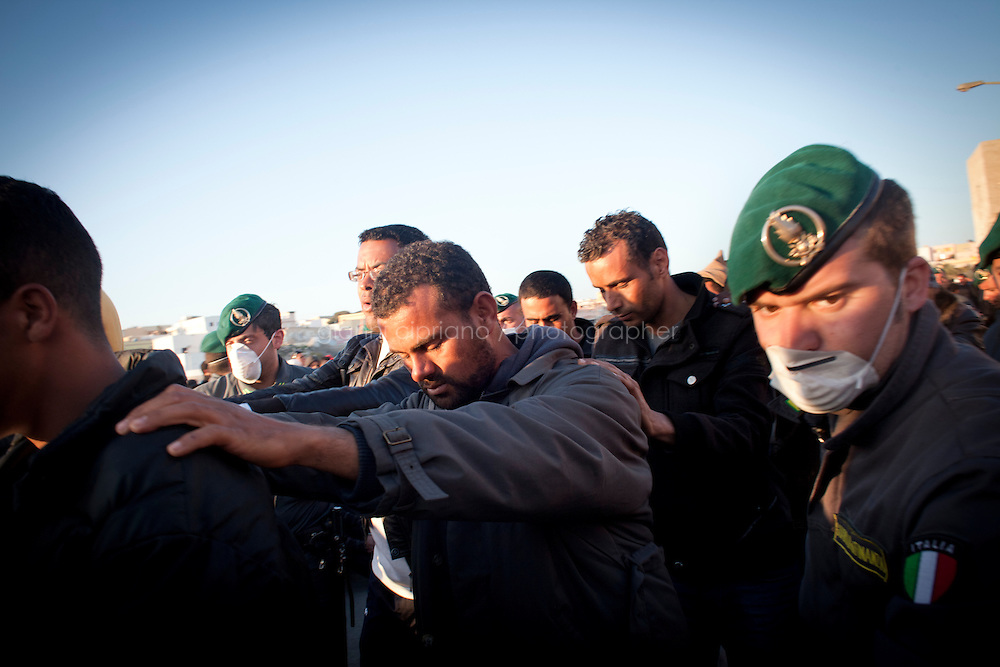