29 December, 2009. Bronxville, NY. Francesco Clark, 30, founder and president of Clark's Botanicals, is here in the garage of his home office where he ecercises 5 hours every day with the help of his assistant Kathryn Whitney (left), 18. Francesco Clark suffers a crippling cord injury due to a swimming pool diving accident on June 1, 2002. Clark's Botanicals was born out of the tragedy.
With his central nervous system impaired, Francesco, who was then an assistant stylist at Harper's Bazar, lost the ability not only to walk, but even to sweat. This led to clogged pores and chronic breakouts. When neither over-the-counter nor prescriptive remedies worked, he turned to his father, Dr. Harold Clark, a physician trained in both traditional Western medicine and homeopathy. 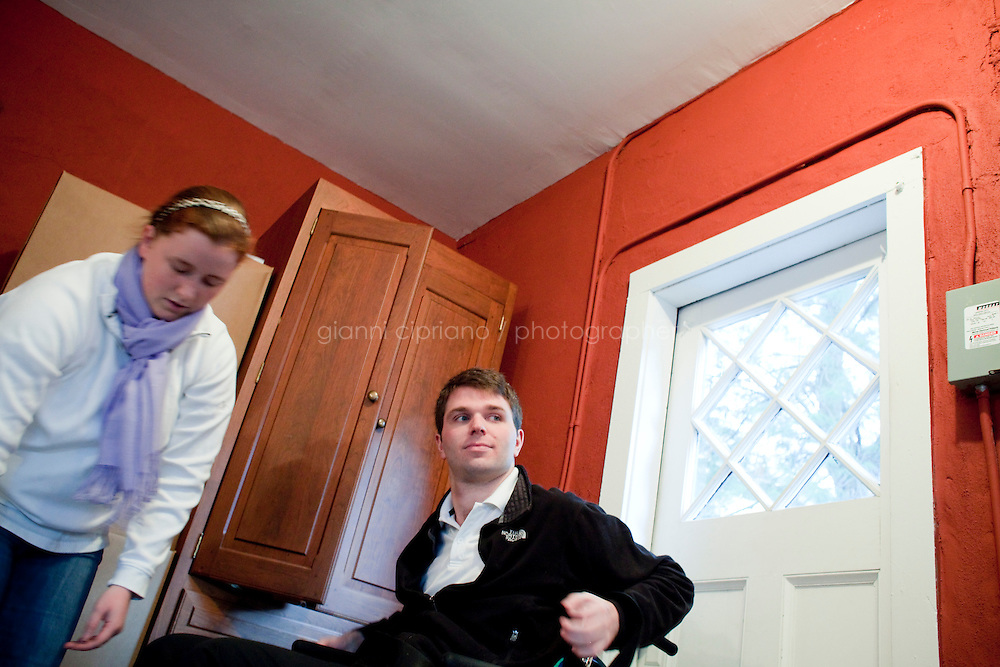