HAL FAR, MALTA - JUNE 21: A Shuka, a 25 years old immigrant from Somali, is here with her son by the Swiss Red Cross tents inside the Hangar Open Center in Hal Far (which translates as "Rat's Town") on June 21, 2011. The Hangar Open Center is a field with an ex-aircraft hangar which includes Swiss Red Cross tents in a dark, non lit space, and external containers. The conditions are very poor and the has inflamable oil on the floor. 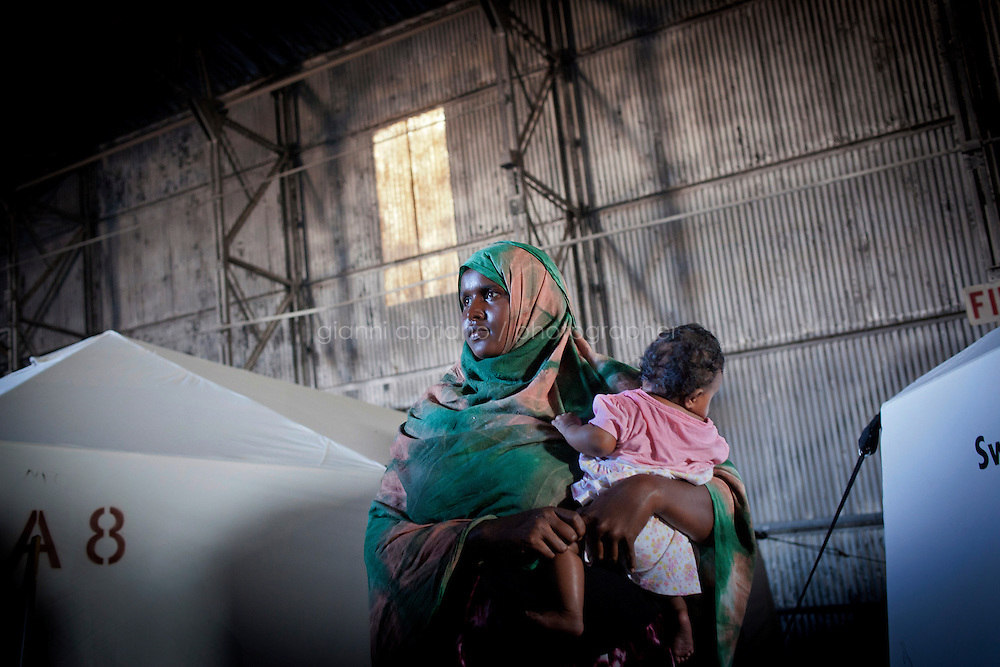