SIENA, ITALY - 20 MARCH 2015: The headquarters of the Monte dei Paschi di Siena bank at Palazzo Salimbeni behind the statue of Sallustio Bandini, an 18th-century Tuscan economist who was an early advocate of free trade, in Siena, Italy, on March 20th 2015. 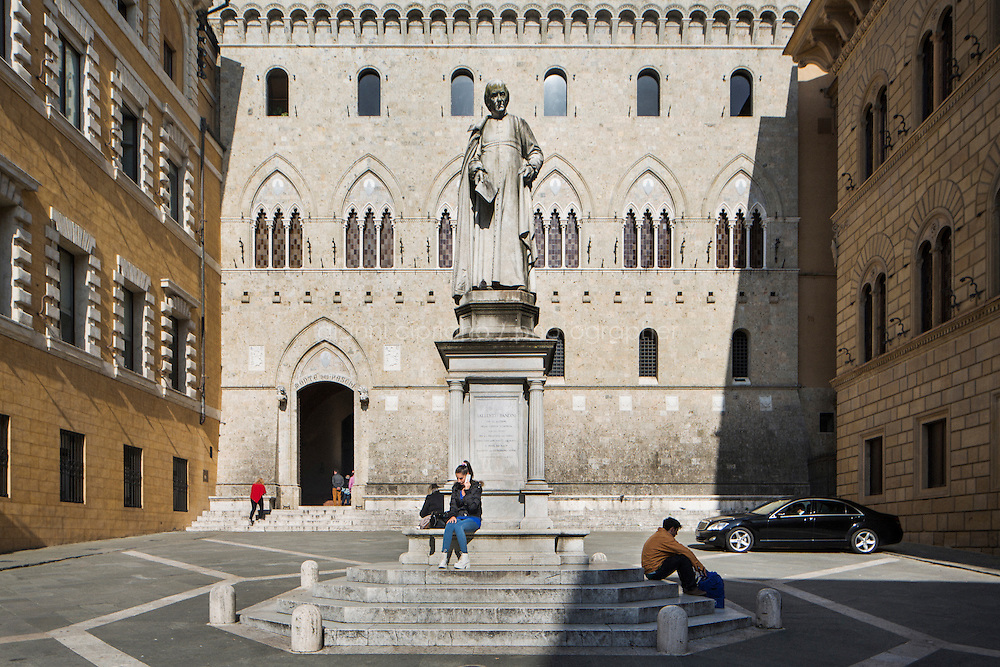